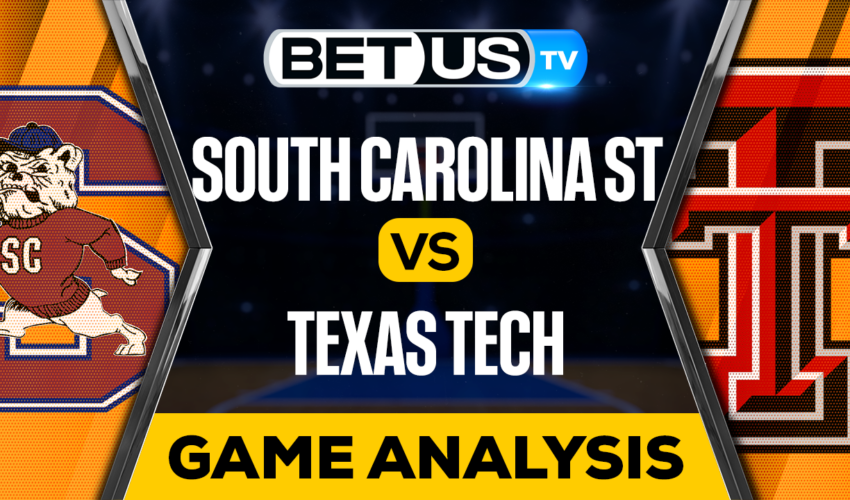 The Texas Tech Red Raiders are aiming to keep the momentum going and extend their five-game winning streak when they lock horns with the South Carolina State Bulldogs. Texas Tech has gotten back on track after their loss to Ohio State in late November, picking up a 111-67 victory against Houston Christian its last outing. Meanwhile, South Carolina State lost five of its last six games, including a 104-77 defeat at Longwood.

Sure, we could say that their offense has been looking decent, but the defense is going to need to perform much better in this game if they want to have a chance to win. Rakeim Gary has been South Carolina State’s top scorer, picking up 11 points per game while shooting 46.8% from the field and 52.9% from behind the three-point line.

Meanwhile, on the other side of this matchup is Texas Tech, a team that is currently holding a 9-2 overall record, though they have gone 4-7 against the spread. In their last game against Houston Christian, they managed to score 111 points, and that was enough to win in a landslide.

Kevin Obanor was Texas Tech’s best performer, scoring 22 points and 9 rebounds. De’Vion Harmon also had a great performance, closing up the game with 22 points and 9 assists. Texas Tech is averaging 79.1 PPG while its defense has held its opponents to just 61.5 PPG. Kevin Obanor is leading the team, scoring 15.9 PPG while shooting 53.4% from the field.

The implied probability for these two teams attached to the betting lines has South Carolina St at a 28.57% chance of winning the game, meanwhile Texas Tech has 75.00% probability of finishing the game with the W.