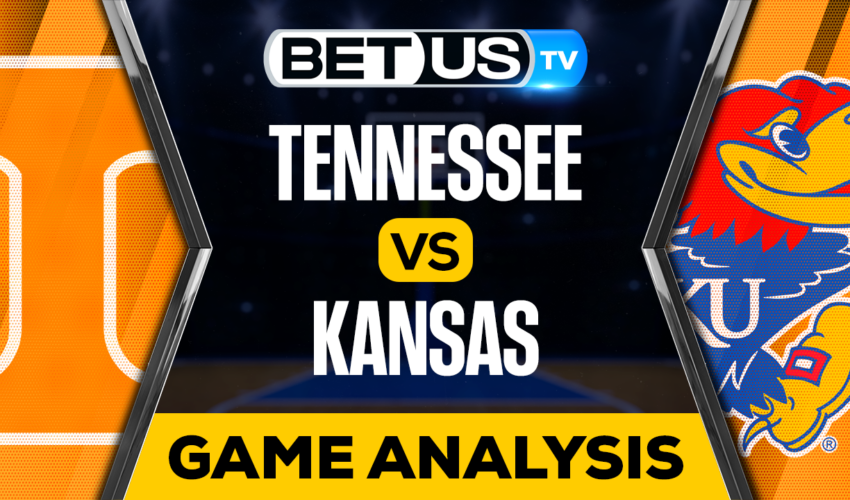 A pair of ranked teams face off in the Battle 4 Atlantis championship game on the college court when the SEC takes on the Big 12. The Tennessee Volunteers are the “road” team as they take on the Kansas Jayhawks when the teams collide on an island paradise Friday night.

In the all-time series between the two programs, the Jayhawks hold a 4-2 advantage, but the Volunteers prevailed at home 80-61 in the most recent meeting on Jan. 30, 2021.

The Jayhawks are averaging a solid 78.5 points per game this season, which ranks 69th in the nation in scoring offense. Kansas is collecting 42.3 rebounds per game and dishing out 18.7 assists per night.

The Jayhawks rank 155th in scoring defense, as they allow 67.5 points per game this season. Jalen Wilson is leading the Jayhawks this year in scoring, as he averages 24.3 points.

On the other hand, the Volunteers score 73.2 points per game on the season, which ranks 185th in the nation in scoring offense. Tennessee collects 38.2 rebounds per night and dishes out 16 assists per game.

Tennessee is excellent defensively, ranking 15th in the nation by allowing 56.4 points per game. Josiah-Jordan James leads the team with 13.7 points and six rebounds per night this season.

This game is going to be a good matchup between a pair of ranked opponents here. Kansas has found a way to beat NC State and Wisconsin to advance, while Tennessee has the best showing of any team in the tournament so far with its dismantling of Butler in the opening round.

Let’s check the latest NCAAB picks, news, stats and NCAAB expert picks for Tennessee vs Kansas. We’ve plenty of NCAAB predictions for you to consider.

The implied probability for these two teams attached to the betting lines has Tennessee at a 55.56% chance of winning the game, meanwhile Kansas has 48.78% probability of finishing the game with the W.