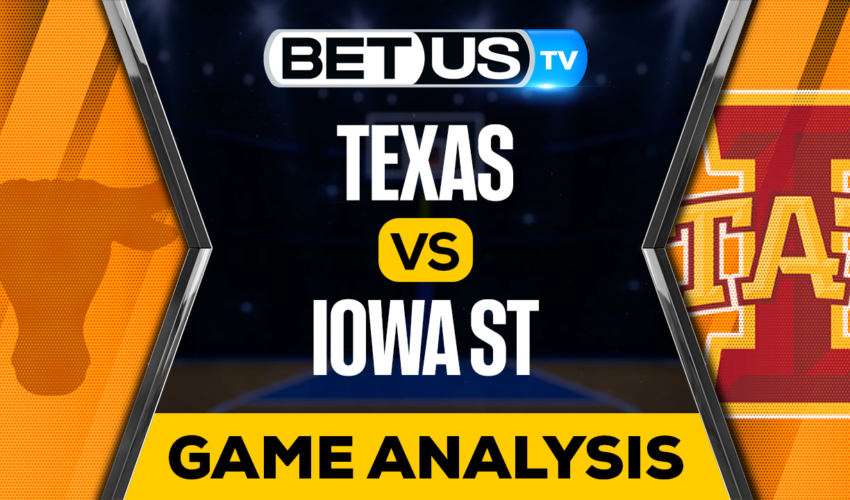 To open up the season, the Iowa State Cyclones went undefeated for 12 games in a row. However, they have lost three of their previous four games and face another challenging opponent on Saturday against the Texas Longhorns. To make things worse, the Cyclones no longer have the luxury of a soft, non-conference schedule.

Iowa State has struggled a lot when it comes to scoring. They have turned the ball over 20.5% of the time despite having an effective FG% of 51.2. As a result, the Cyclones’ turnovers don’t even signify that much.

The Cyclones also have a 34.3% three-point shooting percentage and a 51% rate inside the arc. These figures are above normal, but nothing else stands out. Additionally, Texas’ defense is just as strong as Iowa State’s.

Tre Mitchell, a Longhorns center, was absent in the team’s last two contests. However, it’s possible that he will play again in this matchup with Iowa State. He averages over nine points and four rebounds in 19.1 minutes per game, so that should come in handy on both ends of the court.

Texas is 9-1 in their previous ten games, with only a defeat to Kansas State in an uncharacteristically high-scoring contest (116-103). Even though they have been successful, the Longhorns have also revealed some serious weaknesses. When Texas played TCU two games ago, they went behind by almost 20 points and had to play catch-up for the rest of the game.

These two clubs rank among the top 10 in terms of defensive effectiveness. In contrast, Iowa State’s offensive effectiveness ranks 135th in the country. Texas likes playing in the half-court and wasting time on offense, and both defenses are capable of causing a ton of turnovers.

Let’s check the latest NCAAB picks, news, stats and NCAAB expert picks for Texas vs Iowa State. We’ve plenty of NCAAB predictions for you to consider.

The implied probability for these two teams attached to the betting lines has Texas at a 44.44% chance of winning the game, meanwhile Iowa State has 59.18% probability of finishing the game with the W.