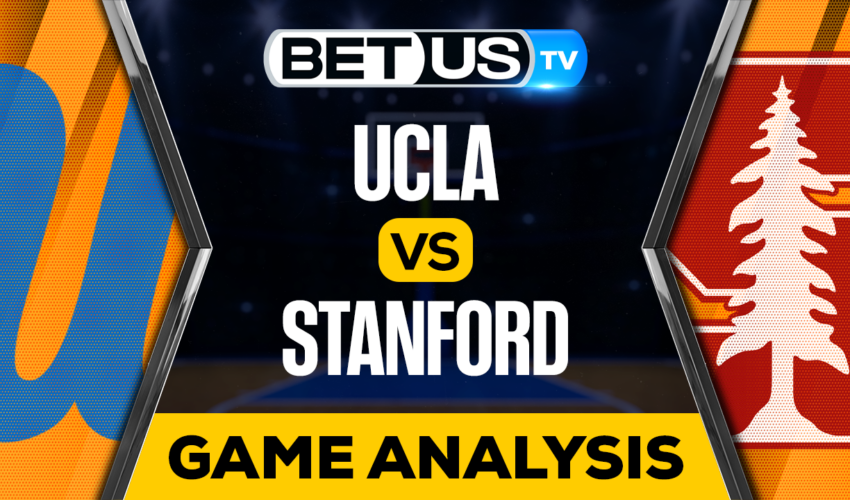 On Thursday, the UCLA Bruins will take a trip to Palo Alto for a date with the Stanford Cardinal at Maples Pavilion. The 21st-ranked Bruins took down Bellarmine 81-60 in their most recent outing, while the Cardinal lost 56-48 to Memphis. This match is definitely going to give us a lot to talk about.

UCLA is currently holding a 5-2 record but haven’t done that well against elite competition, dropping their encounters to ranked Illinois and Baylor teams. The defeats came in the Main Event Tournament and will challenge UCLA to now step up its game in the upcoming weeks, with important matches against Maryland and Kentucky looming.

In the 79-70 defeat to the Fighting Illini, the Bruins shot just 37.5 percent from the floor, blowing a huge nine-point halftime lead with an incredibly poor second-half performance. In that second half, UCLA gave up 51 points, as Illinois forward Terrence Shannon Jr. made 8 of 9 3-pointers without much resistance. The Illini also hit 12 of their 25 threes and shot 52.9 percent overall.

In their next game, the Bruins didn’t get a break, taking on Baylor. UCLA’s performance looked better in the second game of the tournament, but it didn’t shoot the ball particularly well from three-point range at 26.7%. The Bears also couldn’t win their first-round game in the Main Event to Virginia, but they managed to bounce back in a battle between top-ten programs.

On the other hand, Stanford has played a tough non-conference slate up to this day, with matches against Wisconsin, San Diego State, Ole Miss, Florida State, and Memphis. That’s enough top-tier competition to prepare the program for anybody and should boost their confidence at home, heading into a game against a ranked UCLA team.

Unfortunately for them, the only game Stanford won out of those 5 was against Florida State. None of the defeats were blowouts, however, which raises the spirits a little. In the victory over the Seminoles, junior forward Brandon Angel picked up a career-high 22 points, including 18 during the second half.

Let’s check the latest NCAAB picks, news, stats and NCAAB expert picks for UCLA vs Stanford. We’ve plenty of NCAAB predictions for you to consider.

The implied probability for these two teams attached to the betting lines has UCLA at a 73.33% chance of winning the game, meanwhile Stanford has 30.77% probability of finishing the game with the W.