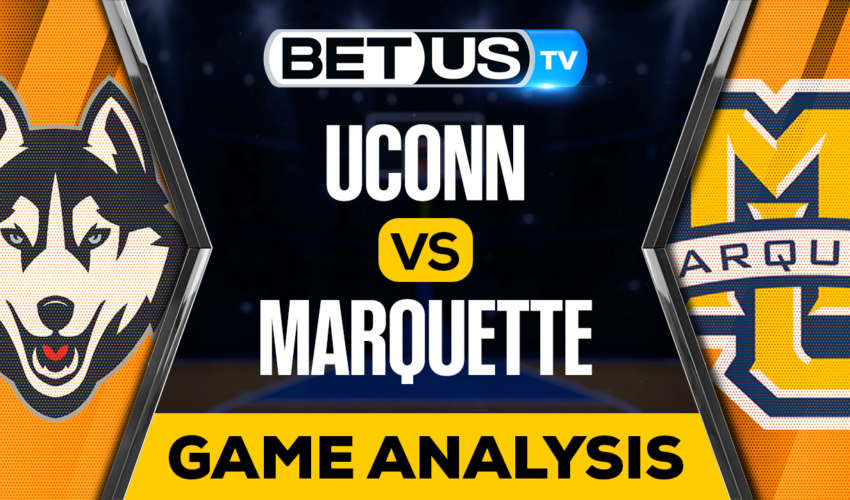 There is no doubt that the game between the teams of the UConn Huskies and the Marquette Golden Eagles will be one of the most intense and striking this Wednesday, January 11.

The UConn Huskies team is always shown as one of the favorites and this season has not been the exception. Until December 31, it was one of the few teams that had not lost any game in the season until they lost 2 in a row, one against the Xavier Musketeers and one against the Providence Friars, both rivals from the same conference. Despite these two defeats, the Huskies have managed to maintain their high level, being one of the teams that allows the fewest points per game, averaging a total of 61.4 points per game. The performance that Adama Sanogo has had has been of great help to the team. Sanogo is the leading scorer and leader in rebounding. The Huskies sit fourth in the Big East Conference with a 4-2 conference record and 15-2 overall.

Both teams arrive in similar conditions but according to the data provided by ESPN Analytics it is the UConn Huskies who arrive with the most chances of winning the game with 53.2%, while the Marquette Golden Eagles arrive with 46.8%.

Let’s check the latest NCAAB picks, news, stats and NCAAB expert picks for UConn vs Marquette. We’ve plenty of NCAAB predictions for you to consider.

The implied probability for these two teams attached to the betting lines has UConn at a 59.18% chance of winning the game, meanwhile Marquette has 44.44% probability of finishing the game with the W.