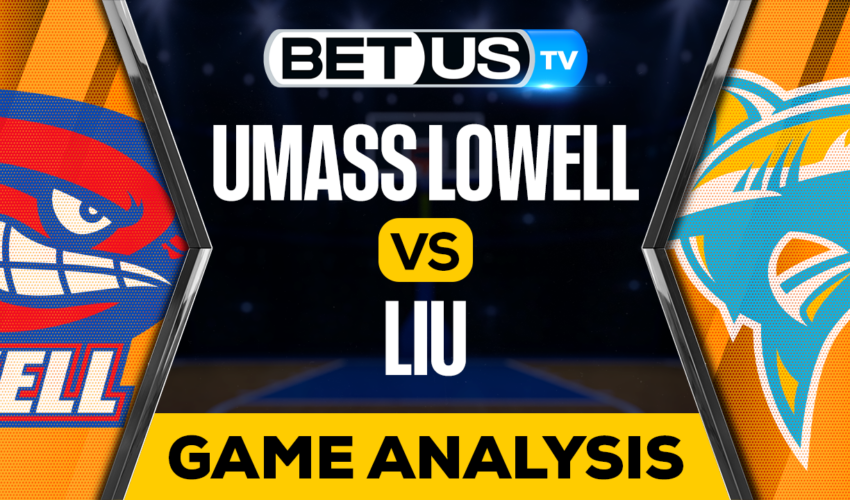 The UMass Lowell River Hawks are off to an incredible 8-1 start to the 2022-23 NCAAB season, which places them at the top of the standings in the America East Conference. They are also currently on a six-game winning streak, making them one of the hottest teams in college basketball.

The Hawks will be going up against the Long Island University Sharks, who are going in an opposite direction as they are on a terrible 1-6 start to the season in the Northeast Conference and have lost their last 5 games in a row. They are coming off a recent loss in their last outing against the Towson Tigers with a 74-65 scoreline. The Sharks will be playing host this game at the Steinberg Wellness Center on Monday.

The River Hawks have won 8 out of their 9 games this season so far. Their only defeat was against Rutgers Scarlett Knights at 73-65. Their most impressive victories so far have come against the Sacred Heart Pioneers at 90-81, 70-59, and against the Brown Bears 73-62. They now have a good shot at winning away from home to pick up their ninth victory of the season.

UMass Lowell is scoring at a healthy 83.3 points per game on average, which puts them 28th in the league, and they are conceding just 60.3 points, placing them 32nd in the league. Their 3-pt shooting is at an amazing 37.6% whereas the field shot percentage stands at 50.5. Their offensive rebounds per game are 41.9, while they are at 26.9 defensive rebounds.

On the other hand, the Sharks only have a single win but six defeats so far this season. Their only victory came against the Mount Saint Vincent Dolphins, though it was a blowout at 111-50. The team is barely scoring, racking up a very poor 66.9 points per game and is giving away a massive 79.6 points. Their three-point shooting is decent at 36%, and the field shot percentage is at a low of 40.8.

Let’s check the latest NCAAB picks, news, stats and NCAAB expert picks for UMass vs Long Island. We’ve plenty of NCAAB predictions for you to consider.

The implied probability for these two teams attached to the betting lines has Long Island at a 10.36% chance of winning the game, meanwhile UMass Lowell has 93.71% probability of finishing the game with the W.