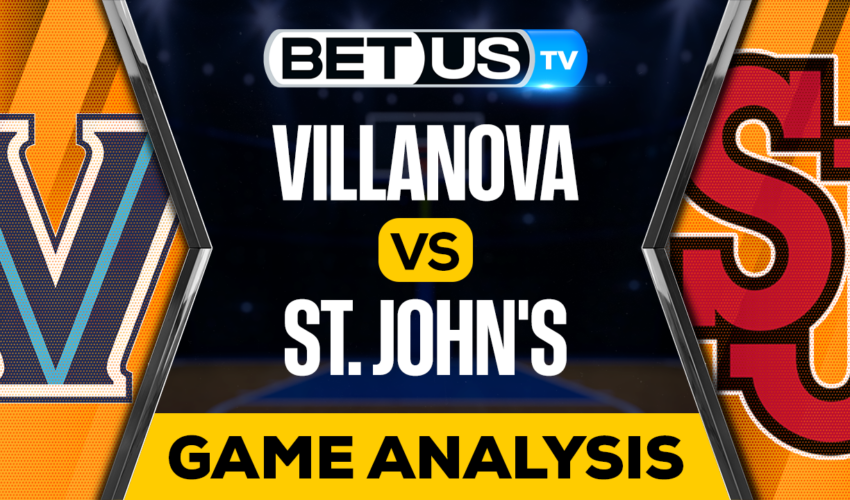 An exciting matchup awaits us at Madison Square Garden in New York, when the St. John’s Red Storm and the Villanova Wildcats face off against each other for the 2nd time in the season. The Red Storm has won two straight games, while the Wildcats have won two of their previous five games and are coming off a victory. Villanova won their most recent match against St. Johns.

With a 9-10 losing record thus far, the Villanova Wildcats have endured a lackluster season. They are coming into this game with two victories in their last five games and hope to defeat the Red Storm for the second time this year. Villanova defeated St. John’s in a resounding 78-63 victory in their most recent matchup.

The St. John’s Red Storm has been a formidable force lately, winning two straight games and posting records of 13-6 overall and 3-5 in the Big East. They enter this match in an effort to exact revenge on the Wildcats. St. John’s made 36% of its field goals, 24% of its long-range shots, and 50% of its free throws in their most recent game versus Villanova.

With a 13-6 record and a two-game winning streak, the St. John’s Red Storm have been playing outstanding basketball this year. Since playing Villanova last, St. John’s has improved significantly while the Wildcats have somewhat dipped. The Red Storm may be able to win this game with good efforts from AJ Storr and Joel Soriano.

Let’s check the latest picks, NCAAB news, stats and NCAAB expert picks for Villanova vs St John’s. We’ve plenty of NCAAB predictions for you to consider.

The implied probability for these two teams attached to the betting lines has St John’s at a 64.91% chance of winning the game, meanwhile Villanova has 38.46% probability of finishing the game with the W.