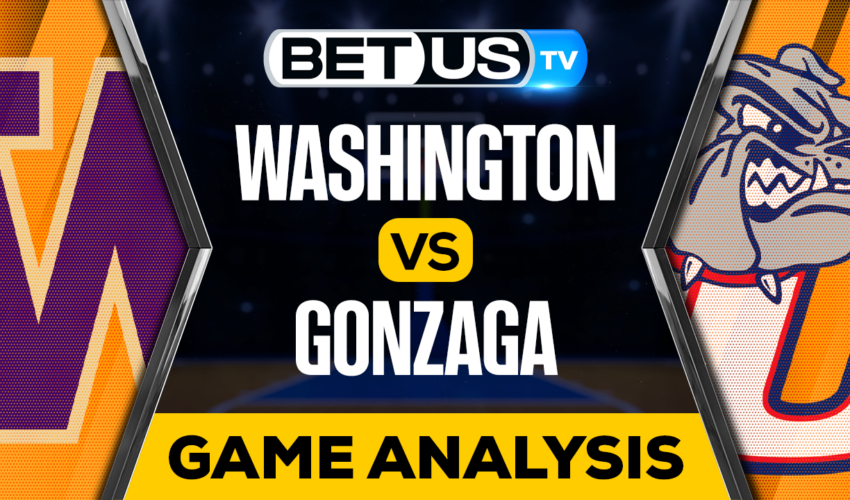 The Washington Huskies remain close to home to face off against in-state rival Gonzaga in a non-conference encounter on Friday night. Washington is currently unranked but heads into this match at 7-2 on the season, which is nothing to scoff at. Meanwhile, Gonzaga sits at an unfamiliar 6-3 on the season and is ranked 18th, their lowest ranking in recent seasons.

The Washington Huskies are aiming to pick up a signature victory as they take the four-hour trip to Spokane, from Seattle, to take on the Gonzaga Bulldogs. Washington has lost just twice throughout the whole season and won four out of their last five matches. Their single loss in their last five outings was a 66-65 defeat to Oregon State.

In their last game, Washington defeated Colorado 73-63 to even their conference record 1-1. Cole Bajema and Braxton Meah each picked up 16 points in the victory. Keion Brooks Jr. added 14 points of his own with 7 rebounds and 4 assists in the win. They shot 50% including 37% from the three-point range. Defensively, Washington forced 18 turnovers and had 11 steals, which was their season-high.

Now looking at the other side, the Gonzaga Bulldogs are holding a 6-3 record and rank just 18th in the nation heading into this one. Gonzaga has been a top-ten team for the better part of the decade, so their standing just inside the Top-20 is somewhat uncharacteristic to the team and their fan base. They have now lost to three-straight top-25 teams in Texas, Purdue and Baylor.

Fortunately for them, the Zags came back on Monday night with a 73-66 victory over Kent State. This extended the nation’s longest home win streak to 69 matches. Drew Timme aided the Zags comeback from a four point deficit with 3:38 minutes left and finished the encounter with 29 points and 17 rebounds in the victory. Meanwhile, Julian Strawther added 14 points of his own to help the Zags in the victory.

Let’s check the latest NCAAB picks, news, stats and NCAAB expert picks for Washington vs Gonzaga. We’ve plenty of NCAAB predictions for you to consider.

The implied probability for these two teams attached to the betting lines has Gonzaga at a 93.85% chance of winning the game, meanwhile Washington has 10.26% probability of finishing the game with the W.