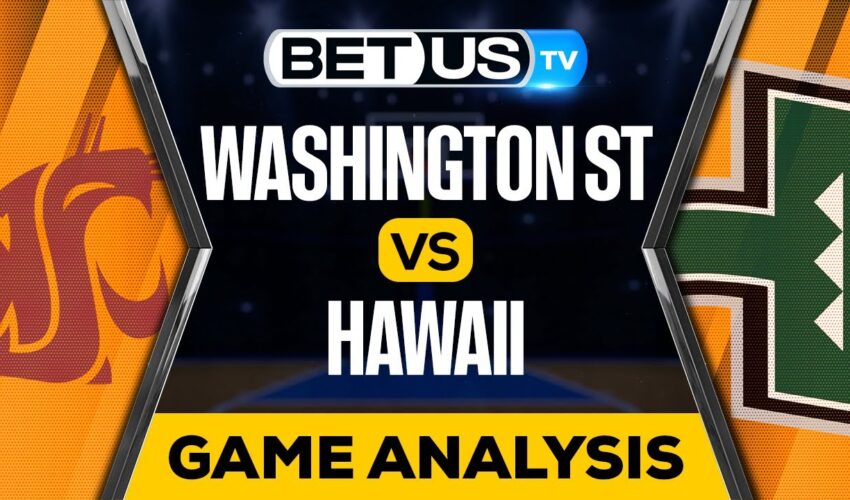 This Friday, December 21, we will have a college basketball spectacular when the Hawaii Rainbow Warriors take on the Washington State Cougars. Whoever wins will battle for the title. The Cougars are coming off a close win over Goerge Washington 66-64, while the Rainbow Warriors were victorious over Pepperdine 76-70.

The Rainbow Warriors come into this game with a 7-3 record. They had a very exciting game against Pepperdine but managed to prevail in the end. The offense was led by Noel Coleman with his game-high 22 points for the win, his teammate Samuta Avea also contributed with 10 rebounds. Although it was a close game you could see how dominant the Rainbow Warriors were, they are a very balanced team and know how to play at their own pace.

The Cougars are also coming off a close win over George Washingont. It was a very exciting game to watch, the icing on the cake was that last second touchdown by Jabe Mullins to give his team the win. The offense was led by Mouhamed Gueye with his 21 points and 10 rebounds, Jabe Mullin chipped in with 4 assists.

The Cougars come in with a record not as good as Hawaii’s, but they have had an extremely tough schedule and have played very well.

I would like to see the Cougars win after the tough schedule they had, but the Rainbow Warriors are playing very well. While I think the Rainbow Warriors can win, they are facing one of the teams with the best three point shooting percentage. Although if they already managed to beat Pepperdine, they just need to keep up the pace and do it with the Cougars.  Hawaii will surely control the pace of the game and push at the end.

Let’s check the latest NCAAB picks, news, stats and NCAAB expert picks for Washington State vs Hawaii. We’ve plenty of NCAAB predictions for you to consider.

The implied probability for these two teams attached to the betting lines has Washington State at a 61.54% chance of winning the game, meanwhile Hawaii has 41.67% probability of finishing the game with the W.