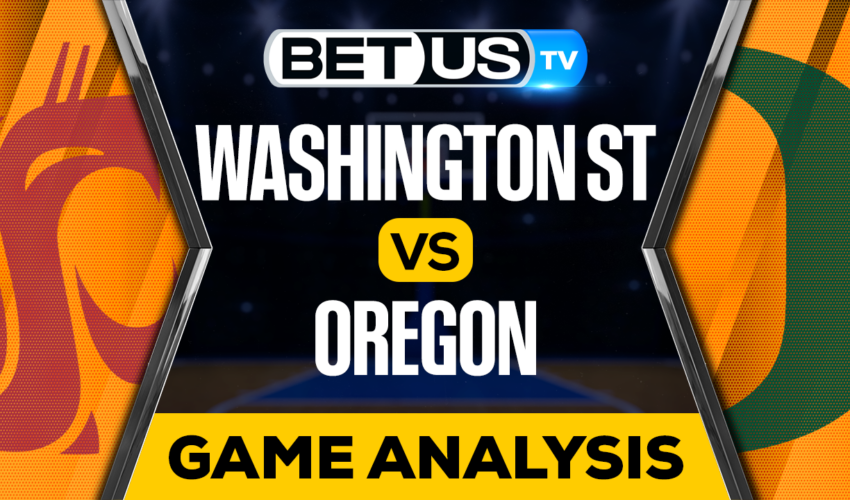 The Washington Cougars and Oregon Ducks face off at Matthew Knight Arena in Eugene, Oregon, on the very first day of December to start their Pac-12 Conference schedule. These two programs split their two-game set back in 2021-22. Oregon outlasted Washington State 62-59 as the favorites, while the Cougars trounced the Ducks 94-74 as home favorites.

After a couple of back-to-back defeats to Boise State 71-61 at the neutral site and at Prairie View A&M 70-59, the Washington State Cougars have now won picked up two games in a row, routing Eastern Washington 82-56 at the neutral court and Detroit Mercy 96-54 in front of their fans.

On Friday, the Cougars almost hit a 100-point mark against the Titans. They shot 60.7% from the field and 65.5% from beyond the arc while also handing out 20 assists and committing 11 turnovers. The junior guard Jabe Mullins led his team with 22 points, fellow junior guard Justin Powell scored 17 points, seven assists, and six rebounds, while another junior G TJ Bamba added 18 points of his own.

Meanwhile, the Oregon Ducks put an end to their three-game losing streak last Sunday, outmaneuvering the Villanova Wildcats 74-67 as the underdogs in the Phil Knight Invitational at Chiles Center in Portland, Oregon. Right after three straight defeats to the top 25 teams (Houston 66-56, UConn 83-59, and Michigan State 74-70), the Ducks finally broke out of their funk thanks to Quincy Guerrier’s 21-point performance.

The amazing Guerrier went 6-for-10 from beyond the arc versus the Wildcats. Will Richardson also added 19 points and eight assists, and these two seniors will be Oregon’s key players in their 2022-23 campaign. Oregon outrebounded Villanova 42-30, posting an impressive 16 offensive boards, and with this, Oregon now ranks 31st in the country in offensive rebound percentage at 36.6%.

Let’s check the latest NCAAB picks, news, stats and NCAAB expert picks for Washington State vs Oregon. We’ve plenty of NCAAB predictions for you to consider.

The implied probability for these two teams attached to the betting lines has Washington State at a 68.75% chance of winning the game, meanwhile Oregon has 35.71% probability of finishing the game with the W.