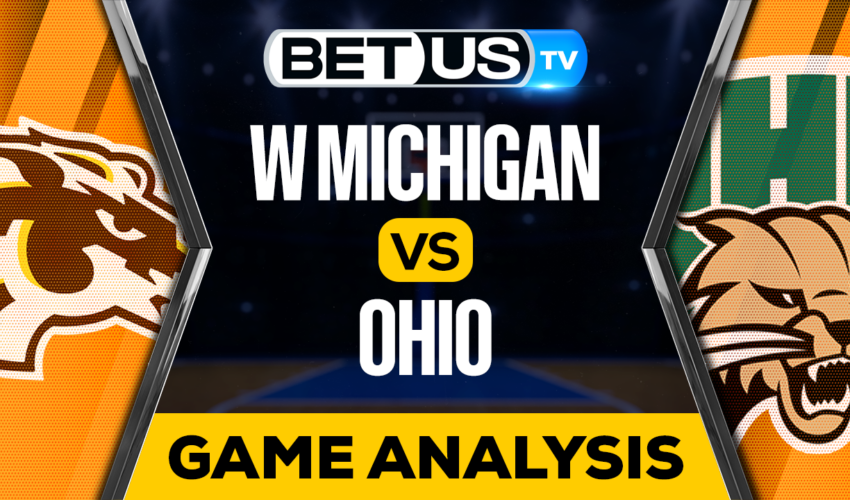 Oddsmakers have Ohio winning by landslide tonight in their match against Western Michigan. At a 10-9 record, the Ohio Bobcats rank 8th in the Mid-American conference. Although they’re huge favorites tonight, Ohio are likely to go all out to improve their lacking 2-4 conference record in this opportunity facing a Western Michigan squad that’s 2 places below them in the conference standings.

Let’s check the latest picks, NCAAB news, stats and NCAAB expert picks for Western Michigan vs Ohio. We’ve plenty of NCAAB predictions for you to consider.

Historically speaking, Ohio has the clear upper hand. The Bobcats have won every match these two teams have played together dating all the way back to 2015 when Western Michigan came ahead 82-74. Every time since then it’s been Ohio beating Western Michigan by 10 or so points which of course doesn’t bode well for the underdogs and explains the spread set by oddsmakers for this encounter.

Ohio scores an average of 7 points more than Western Michigan based on their last 10 games and they have won their first half on all 5 recent encounters between these teams. Although some experts might be looking into betting halves for this team, we know our experts may be looking at a totals angle as well. At the end of the day, we’re looking at a match between two lesser ranked Mid-American teams so sloppy play may be expected despite the odds leaning heavily on the Bobcats winning. Stay tuned to learn where the value lies tonight in this NCAAB match between Ohio and Western Michigan.

The implied probability for these two teams attached to the betting lines has Western Michigan at a 21.98% chance of winning the game, meanwhile Ohio has 82.46% probability of finishing the game with the W.