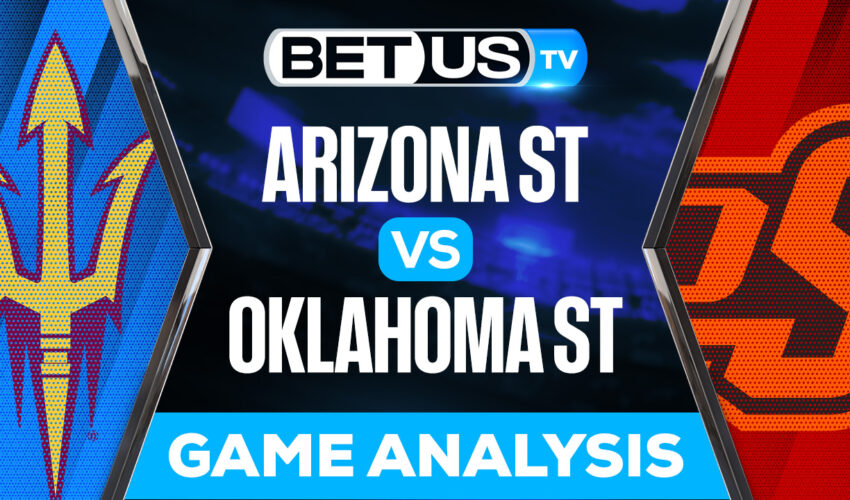 The Oklahoma State Cowboys and the Arizona State Sun Devils will face off against each other on Saturday at Boone Pickens Stadium. After giving up 44 points and 546 yards to Central Michigan last week, the Oklahoma State defense needs to make a statement in this contest.

This is one of those classic college football situations where one team, in this case the Cowboys, is clearly better from top to bottom, but the other team has a dynamic player in the backfield, flanked by good playmakers like running back Xazavian Valladay.

Oklahoma State quarterback Spencer Sanders had perhaps his best game as a Cowboy against CMU as he went 28-41 for 406 yards and four touchdowns through the air, adding 11 rushing attempts for 52 yards and two scores. If the Oklahoma State defense is what we saw last Thursday, the Cowboys’ season will ride squarely on Sanders’ shoulders.

Freshman Kendal Dennis started his first game for Oklahoma State last weekend and what a start it was for him. When the dust settled, Daniels was the team-leader in tackles with 11, and recorded one interception on the day. His play in the backend will be very important for the Cowboys growth on defense as the season rolls along.

Meanwhile, The Sun Devils’ defensive backfield will look much different than it did last weekend, as there will be some new faces in the lineup. Starting cornerback Timarcus Davis will be returning to the lineup after missing Week 1, but they will not have CB Ed Woods, who started last week but is now out with a lower-body injury.

The Florida transfer Emory Jones was electric for the Sun Devils in their opener last week, going 13 for 18 for 152 yards through the air, adding 11 rushes for 48 yards and two scores on the day. Jones helped lead ASU to a 40-3 victory over Northern Arizona. ASU could also see DB Jordan Clark inserted into the lineup as well after nursing a knee injury.

The implied probability for these two teams attached to the betting lines have Arizona St at a 23.81% chance of winning the game, meanwhile Oklahoma St have 80.00% probability of finishing the game with the W.