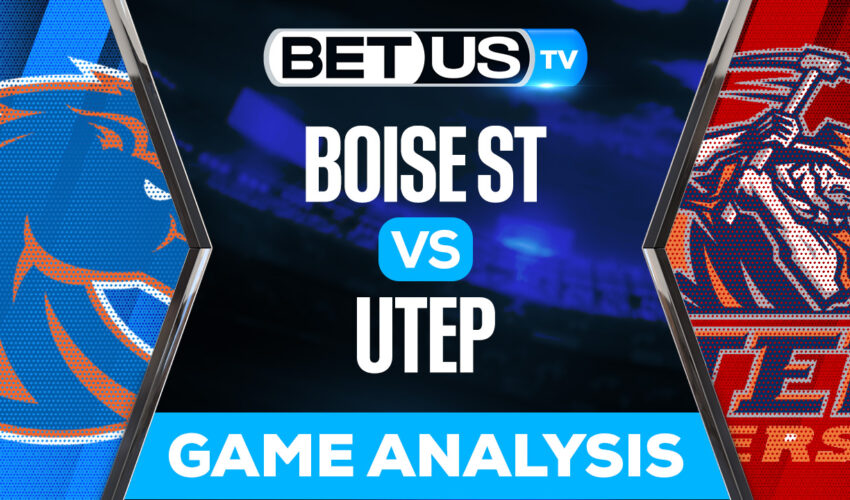 Friday night college football action sees the Boise State Broncos travel to West Texas to take on the UTEP Miners. It hasn’t been a great start for either program, as the Broncos lost handily to Oregon State in the opener before notching two easy wins. The Miners, meanwhile, hoped to build momentum after a 7-6 season a year ago, but instead have slipped to 1-3.

Splitting games against the two New Mexico schools is never ideal. UTEP beat New Mexico State 20-13 in Week 2 and followed that up with a disappointing 27-10 loss to New Mexico a week ago. That leaves the Miners in a bad spot after starting the season 0-2 and now bowl eligibility looks like a long shot.

The offense really misses star wide receiver Jacob Cowing. One of the better deep threats in college football, Cowing fit UTEP’s offensive mold perfectly for a team that thrives taking deep shots with cannon-armed Gavin Hardison at quarterback. Cowing has 1,354 yards and seven touchdowns and is thriving already for the Arizona Wildcats, whom he joined via the transfer portal. While Tyrin Smith has stepped up with 437 yards and two scores this season, this offense lacks any dynamism.

Meanwhile, the Boise State Broncos benched quarterback Hank Bachmeier in the opener after he threw two early interceptions. He’s responded with five touchdown passes to only one interception across his last two games — both wins — although this offense may be missing its dynamic receiving option in the passing game from a year ago, similarly to the Miners.

There has been no replacement for Khalil Shakir, who had 1,117 receiving yards and seven scores a year ago. No Broncos player has topped even 100 yards this season, and running back George Holani leads the way with just 96 yards through the air. Another concern for the Broncos is the health of Bachmeier, who left last week’s game with an injury.

Let’s check the latest NCAAF picks, news, stats and NCAAF expert picks for Boise St vs UTEP. We’ve plenty of NCAAF predictions for you to consider.

The implied probability for these two teams attached to the betting lines have UTEP at a 16.67% chance of winning the game, meanwhile Boise St have 87.50% probability of finishing the game with the W.