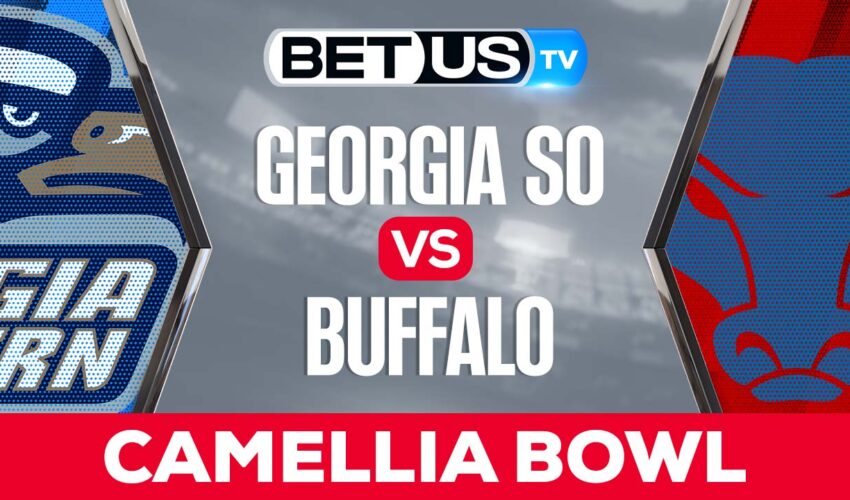 This coming December 27th we will have a game which will define the Camellia Bowl champion. Two teams who come into this game with very similar numbers. We talk about the game between the Georgia Southern Eagles and the Buffalo Bulls.

The Georgia Southern Eagles team comes from having won its last game played against the Appalachian State Mountaineers team by a score of 51-48. The team during the regular season showed a very balanced line. His offensive line commanded by his QB Kyle Vantrease averaged a total of 33.7 points per game, while his defensive line averaged a very high amount of points, with a total of 32.3 points per game. In their last 5 games played they could only win 2 of them for a performance of just 40%. The Georgia Southern Eagles are ranked fourth in the Sun Belt – East Conference, with a 6-6 record.

While the situation of its rival, the Buffalo Bulls is not very different either. They come from winning their last game played against the Akron Zips by a score of 23-22. Like their rival, they have a very poor performance in their last 5 games, since they only achieved 2 victories. His offensive line was not what was expected, his most important players like Cole Snyder, Mike Washington and Justin Marshall did not know how to keep up this season. His offensive line averages a total of 29 points per game. The Buffalo Bulls team is in second position in the Mid-America – East Conference with a 6-6 record.

Despite the fact that the numbers and records of both teams are very similar, it is the Georgia Southern Eagles who arrive as favorites for this game. According to statistics, the Eagles have a 57.1% chance of winning, against a 42.9% chance for the Buffalo Bulls team. It will not be until this coming Tuesday when we find out who will be the winner of this Camellia Bowl to be played at the Cramton Bowl in the city of Montgomery, AL.

Let’s check the latest NCAAF picks, news, stats and NCAAF expert picks for Georgia Southern vs Buffalo. We’ve plenty of NCAAF predictions for you to consider.

The implied probability for these two teams attached to the betting lines have Georgia Southern at a 63.64% chance of winning the game, meanwhile Buffalo have 40.00% probability of finishing the game with the W.