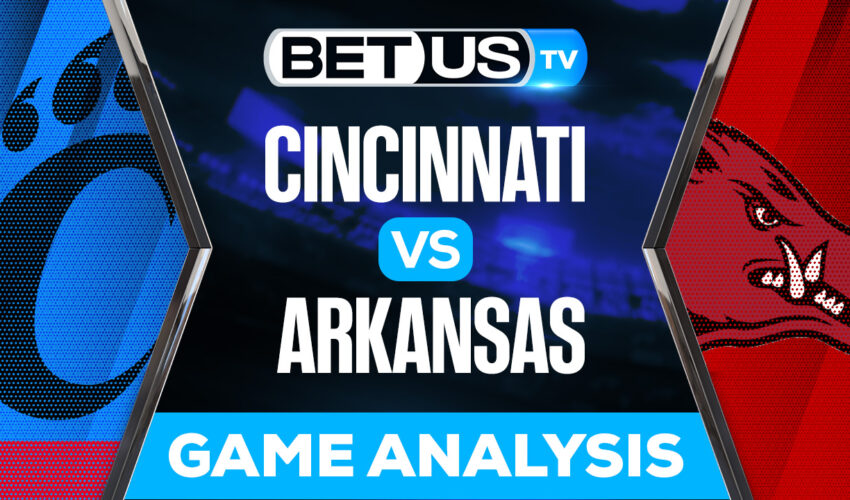 One of the most intriguing matchups in Week 1 of the college football season will kick off when the Arkansas Razorbacks take a trip to Nippert Stadium where they’ll face the Arkansas Razorbacks. Both teams feature stellar head coaches and have brands that are upstart in the past few seasons. Could the term “Super Bowl hangover” apply to Cincinnati this coming season? After all, how do you follow up one of the most successful seasons of a Group of Five team ever and likely the best in school history?

Many of the foundational pieces from that outstanding 2021 Bearcats squad are off to the NFL. Departing Cincinnati are starting QB Desmond Ridder, the team’s leading rusher Jerome Ford, and two All-American corners in Ahmad Gardner and Coby Bryant. Filling those holes will be one of the toughest challenges of any team in the country. What Cincinnati doesn’t lose is their offensive line-a unit that should be one of the better OLs in the country. All five starters return, including three All-AAC selections from 2021. We still don’t know who the starting QB is right away, although it appears Eastern Michigan transfer Ben Bryant will get the start week 1.

In 2021, Arkansas won nine games, their first bowl game over a Big Ten opponent, snapped rivalry streaks with Texas A&M and LSU, and led the SEC in rushing. While nearly every skill starter departed the team, don’t expect a major regression from Arkansas. Their biggest asset, starter QB KJ Jefferson, Arkansas’ leading passer and rusher, is back and adds one of the top transfer classes. Oklahoma transfer Jadon Haselwood might be the new go-to in place of star Trelon Burks this coming season. The Hogs also return four starters on the OL, a group that ranks 12th in Phil Steele’s OL unit rankings.

The implied probability for these two teams attached to the betting lines has Arkansas at a 70.59% chance of winning the game, meanwhile, Cincinnati has 33.33% probability of finishing the game with the W.