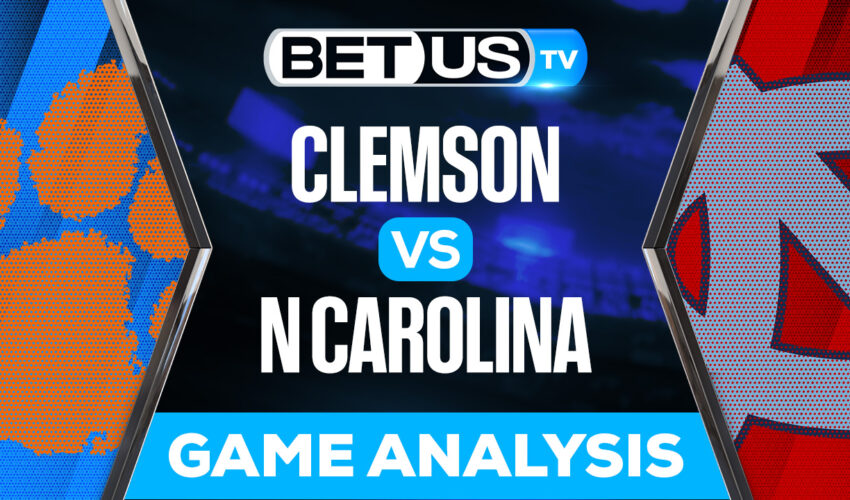 An excellent game is what awaits us this coming Saturday, December 3, when two leading teams in their divisions are facing each other. We talked about the game between the Clemson Tigers who will have to visit the home of the North Carolina Tar Heels.

The North Carolina team came from two painful consecutive losses, one of them against the Georgia Tech Yellow Jackets by a score of 21-17 and in their last game against the NC State Wolfpack by a score of 30-27, in a game that ended in overtime. Their offensive line has been one of the team’s highest points, since they have extremely important players such as Drake Maye, who is the team’s leader in passing and rushing yards, and Josh Downs, the team’s receiver leader. His offensive line is one of the highest scoring offenses this season, averaging 37.1 points per game. The North Carolina team sits in first place in the Atlantic Coast Conference – Coastal with a 9-3 record, while in conference duels they have a 6-2 record.

While the Clemson Tigers team also comes to this game after losing their last game played, this against the South Carolina Gamecocks team by a close score of 30-31. Clesmson’s team is one of the ones that averages the fewest points per game, with a total of 20.9, which has been reflected in their good performance. The Tigers are in first place in the Atlantic Coast Conference – Atlantic, with a 10-2 record, while in conference duels they have not lost any of them, for an 8-0 record.

Clearly the favorite to win the game is the Clemson Tigers team, which according to ESPN Analytics data has a 77.7% chance, against only a small 22.3% for the North Carolina Tar Heels team.

Let’s check the latest NCAAF picks, news, stats and NCAAF expert picks for Clemson vs North Carolina. We’ve plenty of NCAAF predictions for you to consider.

The implied probability for these two teams attached to the betting lines have Clemson at a 75.00% chance of winning the game, meanwhile North Carolina have 28.57% probability of finishing the game with the W.