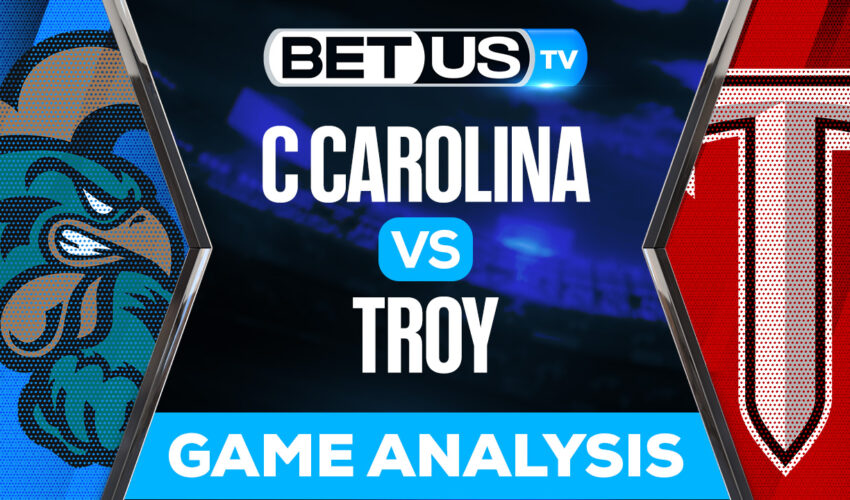 Who can stop the Troy Trojans?

One of the most disputed games of this season. This is what we will have on Saturday December 3 when the Coastal Carolina Chanticleers team has to visit the difficult Troy Trojans team.

The Coastal Carolina Chanticleers team arrives at this game very beaten, after having lost their last game against James Madison Dukes by a bulky score of 47-7, a game where their defensive line looked very bad and could never stop their rival. . But this has not been reflected only in this last game, since one of its weakest points has been the defensive line, which has allowed an average of 28.7 points per game, being one of the lines that have allowed the most points that season. . The Coastal Carolina Chanticleers team is located in the second position of the Sun Belt – East conference with a positive record of 9-2 and where perhaps the most important thing for them has been the victories against conference teams where they have won 6 of 8 games. deputies.

Meanwhile the Troy Trojans have had a dream season. After a not very convincing start to the season where they lost 2 of their first 3 games, the Trojans were able to recover from this and have a 9-game streak without defeat, the last of which was on September 17 when they were defeated by the Appalachian State Mountaineers by a score of 32-28. But what has been the key to success for Troy’s team? Undoubtedly the balance achieved by his Head Coach between the defensive line and the offensive line, where the defense is one of those that allows the fewest points per game with an average of 16.8. In their attack they have players like Gunnar Watson and Tez Johnson, who have been key pieces for the team. The Troy Trojans sit in first place in the Sun Belt – West Conference, with a 10-2 record and have only lost one game against conference teams.

Clearly the favorites to win the game with the Troy Trojans, who have a 73.9% chance of winning the game, against just 26.1% for the Coastal Carolina Chanticleers team.

Let’s check the latest NCAAF picks, news, stats and NCAAF expert picks for Coastal Carolina vs Troy. We’ve plenty of NCAAF predictions for you to consider.

The implied probability for these two teams attached to the betting lines have Troy at a 76.19% chance of winning the game, meanwhile Coastal Carolina have 27.55% probability of finishing the game with the W.