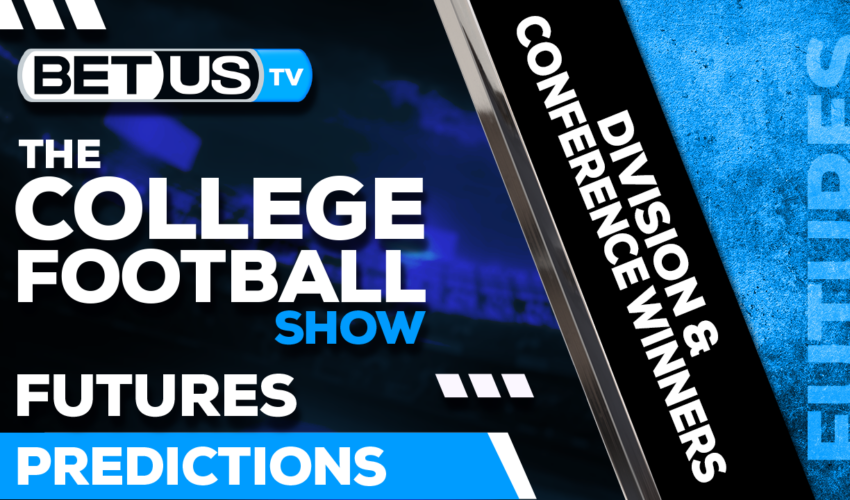 Between the NFL Draft, the transfer portal, and unfortunate injuries, no team’s roster looks identical from one year to the next. All of that makes it very exciting to predict which team is going to come up on top of the competition. Let’s go over those teams that look the strongest in their respective division & conference.

The Alabama Crimson Tide (-140) is looking to take over the season as they return with a roster that is 89% blue chip players — roughly nine out of 10 players were either a four- or five-star recruit. They also return Heisman-winning quarterback Bryce Young and the best player in the sport at defensive end, Will Anderson.

Ohio State (-325) plays in the tougher Big Ten East Division with Michigan, Michigan State, and Penn State. After the Buckeyes finish running through that division, the Championship Game in Indianapolis will be a cakewalk.

Now talking about the AAC, let’s look at Clemson (-250). They had an insanely talented roster last season and even won 10 games. But those wins still fell short of the lofty expectations, and Pittsburgh won the ACC. Though there are a few indicating That won’t happen again this year.

When it comes to the Big 12, Oklahoma (+200) won six years in a row before losing the crown to Baylor last season. Yes, the Sooners went through some changes after that painful loss; former head coach Lincoln Riley bolted to USC and brought the starting quarterback (Caleb Williams) and the best receiver (Mario Williams) along with him.

While Utah (+225) has put up great performances in the past, they’ll have to replace two linemen. Fortunately for them, they return the best tight end group in the conference. On defense, they are talented both on the line and in the secondary. Overall, Utah is always well-coached, consistently has excellent special teams and rarely loses at home.