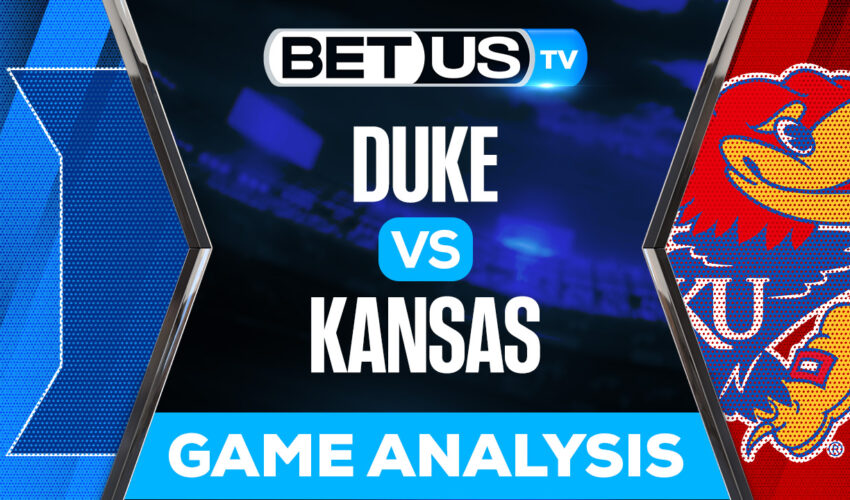 The Duke Blue Devils will travel to Lawrence, KS for a week four matchup with the Kansas Jayhawks. Duke comes into this week undefeated following a 29 point victory against North Carolina A&T. Offensively Duke controlled the game in week 3 scoring 49 points after gaining 420 total yards including 222 on the ground.

The Duke Blue Devils have lost 5 of their last 6 road games. Riley Leonard is completing 72.7 percent of his passes for 723 yards, 5 touchdowns and 2 interceptions. Jalon Calhoun and Eli Pancol have combined for 360 receiving yards on 19 catches, while Jordan Moore has 13 receptions. The Duke Blue Devils ground game is averaging 205 yards per contest.

The Kansas Jayhawks return home in week 4 undefeated at 3-0 following an 18 point upset win over Houston a week ago, though they have lost 5 of their last 6 home games. Offensively Kansas dominated the game gaining 438 yards to score 48 points including 14 points in each of the 1st 3 quarters.

Quarterback Jalon Daniels controlled the game completing 14 of 23 passes for 158 yards and three scores and ran the ball 12 times for 103 yards and two touchdowns as well. Devin Neal chipped in 54 yards on 14 carries and Lawrence Arnold added 24 yards on three receptions. Rich Miller leads the Kansas Jayhawks with 27 tackles, Lonnie Phelps has 3 sacks and Cobee Bryant has 1 interception.

Let’s check the latest NCAAF picks, news, stats and NCAAF expert picks for Duke vs Kansas. We’ve plenty of NCAAF predictions for you to consider.

The implied probability for these two teams attached to the betting lines have Duke at a 28.57% chance of winning the game, meanwhile Kansas have 75.00% probability of finishing the game with the W.