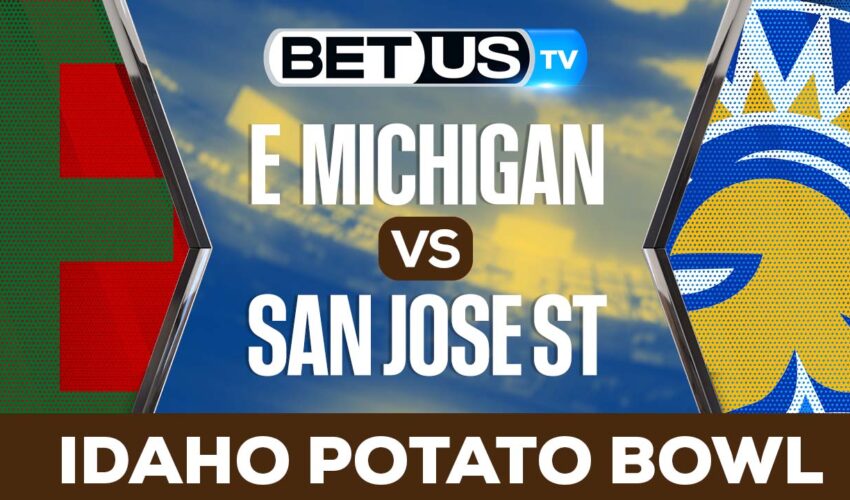 The NCAAF bowl season has begun and with it comes great games. This coming December 20, the Famous Idaho Potato Bowl will be taking place between the Eastern Michigan Eagles and San José State Spartans teams.

The San José State Spartans come to this game very motivated after having defeated the Hawaii Rainbow Warriors by a score of 27-14. Despite this victory, in the last 5 games played by the Spartans they have only won 3 of them, for a performance of 60%. Perhaps its strongest point for this game has been its offensive line, which, with important players like Chevan Cordeiro, Kairee Robinson and Elijah Cooks, has averaged a total of 27.5 points per game and this has been reflected in the results of the game. equipment. The San José State Spartans are located in the Mountain West – West Conference, with a 7-4 record.

The Eastern Michigan Eagles team has had a better performance as far as their rival is concerned, since they come to this game with a 3-consecutive win streak, their last loss was on October 29 when they fell to the Toledo Rockets for a score of 27-24. The Michigan team has had a problem this season and it has been the large number of points that their defensive line has allowed, since they average such a 28.6 points per game. But on the other hand, their offensive line has a high scoring percentage, since they average 28.8 points per game. The Eagles are in second place in the Mid-American – West with a positive record of 8-4.

However, for this game those who arrive as favorites to leave the Famous Idaho Potato Bowl is the San José State Spartans team who arrive with a 66.5% chance of winning the game, against 33.5% for the Eastern Michigan Eagles team . What we do know is that both teams will give everything to win this game to be held at Albertsons Stadium.

The implied probability for these two teams attached to the betting lines have Eastern Michigan at a 40.00% chance of winning the game, meanwhile San Jose State have 63.64% probability of finishing the game with the W.