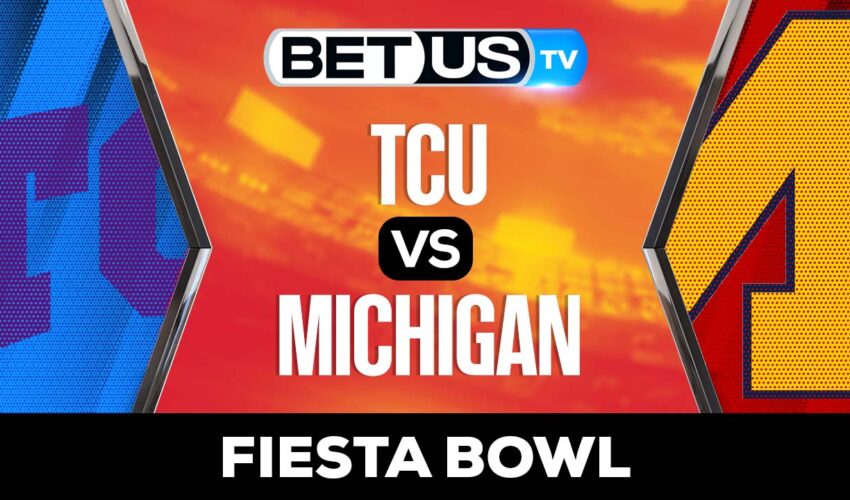 The Fiesta Bowl will showcase an incredible matchup between undefeated Power Five conference champions. TCU and Michigan will clash against each other on this bowl.

The Wolverines are coming with confidence and should not have any sort of trouble in the Fiesta Bowl match, which is predicted to be one of the most lopsided matchups taking place this bowl weekend. After finishing with a 9-0 record in the regular season, Michigan will face TCU which can definitely pose opposition however not enough to make the game hard.

Michigan was the number 2 seed in last season’s College Football Playoff, which was their first attendance in their football program history. But the Wolverines at last were defeated by Georgia in the Orange Bowl, an overall semifinal matchup. This time around, with more experience under their belt, they should not fall under pressure like last year.

As for TCU, they definitely have an incredible amount of talent, as they finished the regular season with a 12-1 record. However confidence has to be there when playing against similarly talented opposition, and that is what might be missing for the Horned Frogs this time around.

TCU might show an incredible regular season record, but it comes with some rather shaky moments in several games. These mistakes were against bottom half teams that ultimately were not able to punish or take full advantage of them.

Michigan has a key player that will look to break TCU’s defense, RB Blake Corum. Not only has he been the leader in offense, but nationwide as well, even being a true contender for the Heisman Trophy this year.

Ultimately we believe Blake Corum and company will have enough left in the tank to push for a win on the Fiesta Bowl, as they finish an incredible season on 2022-23.

Let’s check the latest NCAAF picks, news, stats and NCAAF expert picks for TCU vs Michigan. We’ve plenty of NCAAF predictions for you to consider.

The implied probability for these two teams attached to the betting lines have TCU at a 28.57% chance of winning the game, meanwhile Michigan have 75.00% probability of finishing the game with the W.