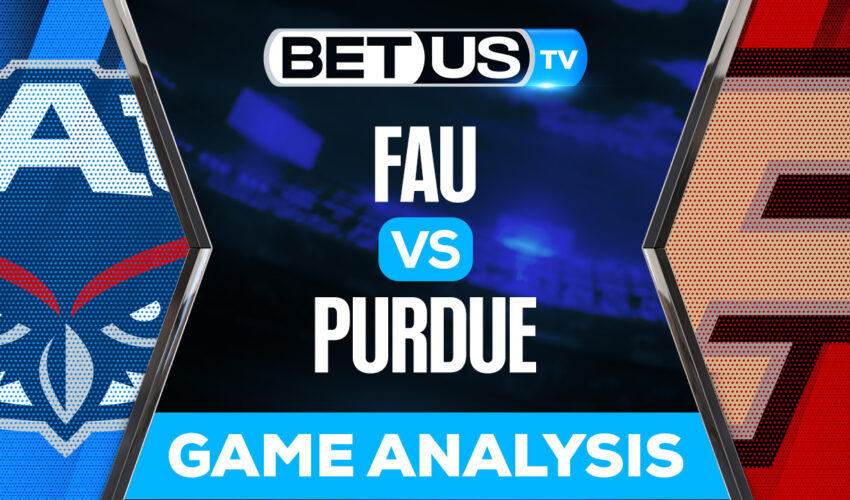 The FAU Owls and the Purdue Boilermakers meet in week 4 college football action from Ross-Ade Stadium on Saturday night. For Purdue, the Syracuse loss was among the most frustrating in recent memory, but in the long run at least it is not a conference game.

On the other hand, the FAU Owls will look to find some consistency after alternating a disappointing loss to UCF last time out. The Owls have alternated wins and losses so far. They blew out Charlotte 43-13 in the opener, then lost a shootout at Ohio 41-38. They beat FCS Southeast Louisiana 42-9, but turned around and lost at home last week to Central Florida 40-14.

Wester is the team’s leading receiver for the Owls, with 239 yards and 4 touchdowns off of 20 receptions. That comes out to five catches per game, making him a prime target. Last season he caught 65 passes for 702 yards and four scores. He is a smaller, quicker receiver, so he is capable of making a big play. Freshman Jahmal Edrine has also had a solid debut season with 14 receptions for 206 yards and two scores.

If Purdue wants a clear shot at winning the game, the running game will need to be on point. A big reason for Purdue’s two losses was an inability to move the clock on the ground with any consistency. They’re always going to pass first, but the run at least needs to be a threat. The last time it felt like a threat was probably when Zander Horvath was racking up 100 yard games two years ago.

Purdue is favored by a decent sized margin, but this is still a dangerous team. Like many MAC squads we see, they are full of talented athletes that were overlooked by Power 5 schools. They also have a number of players that began their careers at Power 5 schools. That makes them a talented club that cannot be overlooked.

Let’s check the latest NCAAF picks, news, stats and NCAAF expert picks for Florida Atlantic vs Purdue. We’ve plenty of NCAAF predictions for you to consider.

The implied probability for these two teams attached to the betting lines have Florida Atlantic at a 11.76% chance of winning the game, meanwhile Purdue have 92.31% probability of finishing the game with the W.