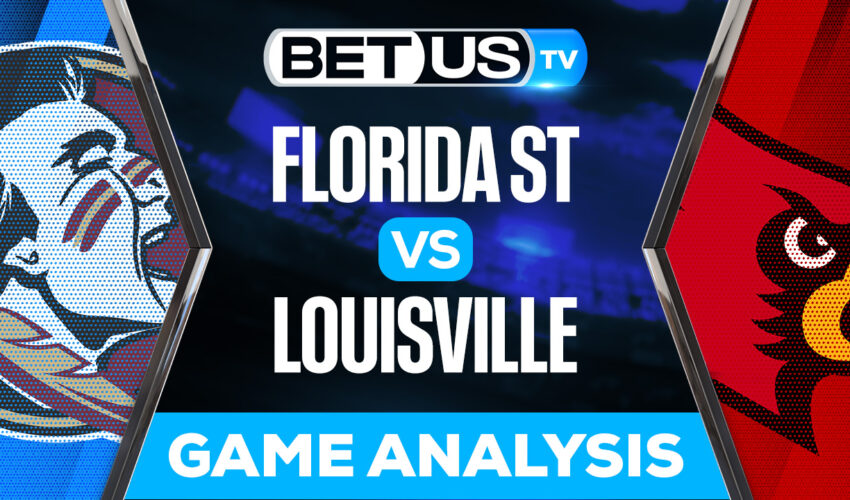 On Friday, the Florida State Seminoles face off against the Louisville Cardinals at Cardinal Stadium. Louisville pulled off the upset last Friday night at Central Florida 20-14 with a balanced offensive attack. Senior QB Malik Cunnningham passed for 195 yards and rushed for 121 of the Cardinals 226 rushing yards. These two met in Tallahassee last year, a 31-23 road victory for the Cards.

The Cards go as Cunningham goes, and it’s been a tale of two games for him. Cunningham passed for 152 yards and threw two picks while only rushing for 34 yards in the loss at Syracuse, but then combined for 322 yards and a rushing touchdown in the win at UCF. Though we still don’t know what we’ll see from him in the home opener.

Florida State’s defense should have the edge in the trenches similar to how they gave Jayden Daniels fits in the LSU game, and they also had an extra week to prepare for this one. Louisville’s offensive line has been concerning this season, ranking 90th in offensive line yards, so Cunningham may be on the run often.

On the other side, Travis looked in control of the LSU game from the jump and I’m bullish on his ability to carry the Noles back to bowl eligibility with a full season under center. Norvell has had his team playing up tempo through the first two games, but I think this game may be more of a defensive struggle.

Travis is a superior passer than John Rhys Plumlee of UCF, but is a dual threat quarterback who likes to use his legs. Louisville was above average in defending both explosive runs and passes and think they can limit chunk plays against the Seminoles. This is an interesting situation for the Noles, who won outright as underdogs to LSU, and are now favored against a mercurial Louisville, who has had two very different outcomes in their first two games.

Let’s check the latest NCAAF picks, news, stats and NCAAF expert picks for Florida State vs Louisville. We’ve plenty of NCAAF predictions for you to consider.