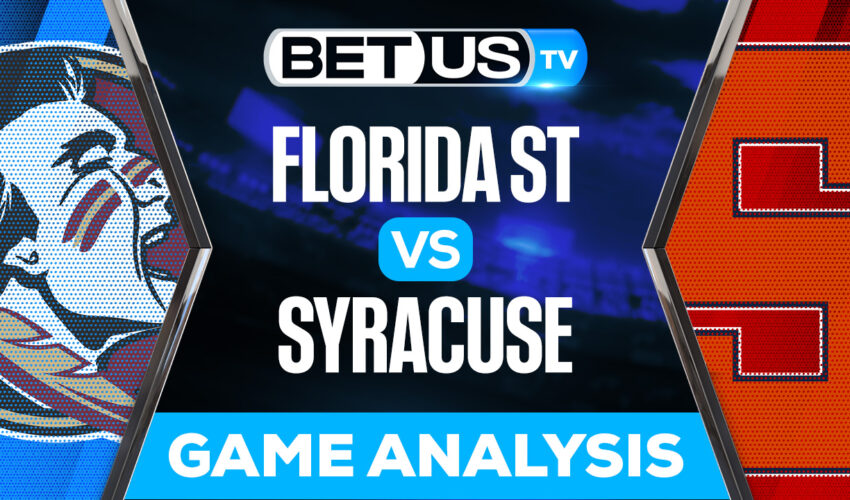 Florida State will travel the road to Syracuse this Saturday, and we anticipate a high scoring game this time around. The Seminoles are coming with full throttle and outscored Georgia Tech and Miami 86-19 in their last 2 games played.

A major focus for Florida State has been a balanced attack side, as they ran for 246 yards against the Yellow Jackets and 229 yards against the Hurricanes. QB Jordan Travis is also playing incredibly well as he has done before in the program, we think Syracuse will have a really tough time stopping this kind of offense play.

Syracuse backup QB Carlos Del Rio-Wilson started last week against Pittsburgh, and sadly for him it was not a good showing. He only grabbed 120 passing yards, and the Orange scored 9 points, which was their lowest tally this season. Thankfully for Syracuse, they should be able to depend on their running attack coming into this weekend because Florida State gives up 143.3 rushing yards per game.

The Orange never got their rushing game on the right track last week against Pittsburgh, but the Panthers have the 3rd best rush defense in the conference, allowing just 109.4 rushing yards per bout. Florida State and Syracuse rank 1st and 2nd in the ACC in yards allowed per game, but that’s mainly due to their incredible passing defense, which also ranks 1st and 2nd in the conference.

Florida State’s games have averaged 53.3 points, and their offense has scored 28 points or more in 3 straight contests. We don’t think Syracuse will look as bad on offense going into this game, and RB Sean Tucker should be able to have a huge performance against a shaky front seven for the Seminoles. Therefore, our best bet will be Syracuse.

Let’s check the latest NCAAF picks, news, stats and NCAAF expert picks for Florida St vs Syracuse. We’ve plenty of NCAAF predictions for you to consider.

The implied probability for these two teams attached to the betting lines have Syracuse at a 33.33% chance of winning the game, meanwhile Florida St have 70.59% probability of finishing the game with the W.