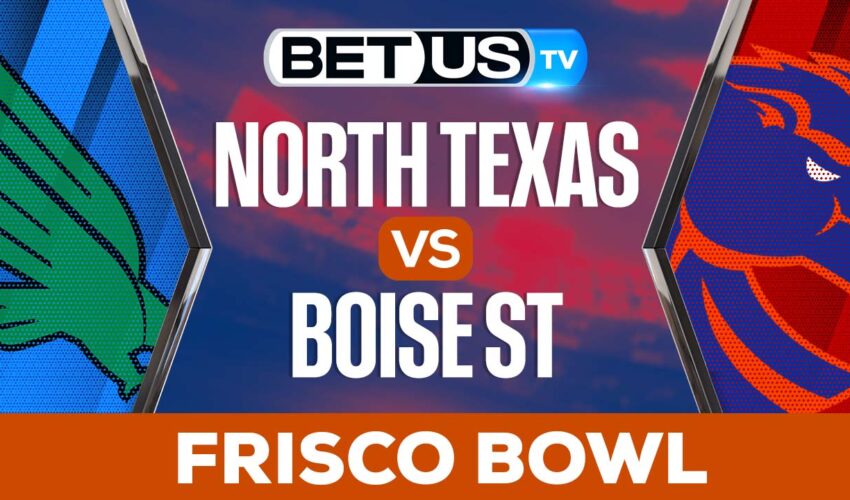 The Frisco Bowl is here and it will be played this coming Saturday, December 17, between two teams with excellent performance this season. The teams to play this Frisco Bowl will be the North Texas Mean Green and the Boise State Broncos.

The North Texas Mean Green team has not had its best season, it comes from losing its last game played against the UTSA Roadrunners team by a score of 48-27, where its offensive line did not have its best game. Taking into account the great generation of points they have had this season, averaging a total of 33.9 points per game, the North Texas offensive line has been a key piece in being able to achieve victories, however, not everything is good news, since The team’s defensive line is one of the ones that allows the most points per game with an average of 31.5 ppg. The North Texas Mean Green sits in second place in Conference USA, with an overall mark of 7-6, while in their conference games they have gone 6-2.

Meanwhile, the Boise State Broncos team has had a better season than its rival. Despite their good season, they came to this game after losing their last game, against the Fresno State Bulldogs by a score of 28-16. Star players like Taylen Green, George Holani and Latrell Caples have been a big help on the team’s offensive line, which has averaged a total of 29.1 points per game. But without a doubt the best thing about this Boise State team has been its defensive line, which has only allowed an average of 18.5 points per game, which speaks highly of the work in this area. The Broncos sit in first place in the Mountain West Conference with a positive 9-4 record, where they have not lost any of their games against conference opponents for an 8-0 conference record.

These games are always highly contested but the one who arrives as the favorite is the Boise State team, who have a 61.5% chance of victory, against only 38.5% for the North Texas Mean Green team.

The implied probability for these two teams attached to the betting lines have North Texas at a 80.00% chance of winning the game, meanwhile Boise State have 23.81% probability of finishing the game with the W.