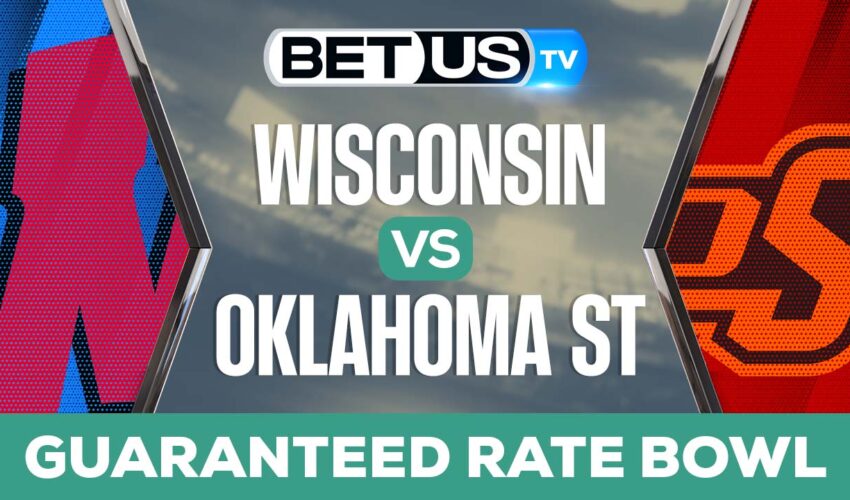 Oklahoma State Cowboys and the Wisconsin Badgers are set to prove their worth on Tuesday, December 27th, 9:15 p.m Central Time hosted at the Chase Field Stadium in Phoenix, Arizona.

There are several key players to take a look at this time around. With starting QB Spencer Sanders currently in the transfer portal, the Cowboys will most likely put their trust in freshman Garret Rangel as their new starting QB at this upcoming match. In 2022, Rangel completed 53.6% of his passes for a total of 482 yards and 2 touchdowns, including three interceptions. Being thrown in the water against sharks as a freshman hasn’t been the best of experiences for Rangel, but there is definitely potential in the youngster. Rangel was a piece of the Cowboys’ 2022 class, and was rated as a 4 star recruit at the time.

As for Oklahoma State in 2022, Jason Taylor II has been their shiniest star in the squad. Taylor leads the Big 12 in interceptions in 2022 with a total of 6, placing him 2nd nationally as well. The Oklahoma City native was predicted to be a runner up for the Jim Thorpe award.

Now looking at Wisconsin, their starting QB is also in the transfer portal, as such points in this matchup might be quite scarce. The one player that could change this outcome is Wisconsin’s RB Braelon Allen. The 6 foot 2, 235 pound sophomore coming from Fond Du Lac, Wisconsin, is the next big promising star for the Badgers running back department. In a backfield that has produced several legends over the years, in his 2 seasons at Wisconsin’s program, Allen has rushed for a total of 2,394 yards and 22 touchdowns. Signaling incredible efficiency on every play he touches.

This will be a tough matchup between both sides, as there is not much difference outside of the RB and QB position. Nevertheless we believe Allen will not be suppressed this time around, we take a Wisconsin win.

Let’s check the latest NCAAF picks, news, stats and NCAAF expert picks for Wisconsin vs Oklahoma State. We’ve plenty of NCAAF predictions for you to consider.

The implied probability for these two teams attached to the betting lines have Wisconsin at a 62.26% chance of winning the game, meanwhile Oklahoma State have 40.82% probability of finishing the game with the W.