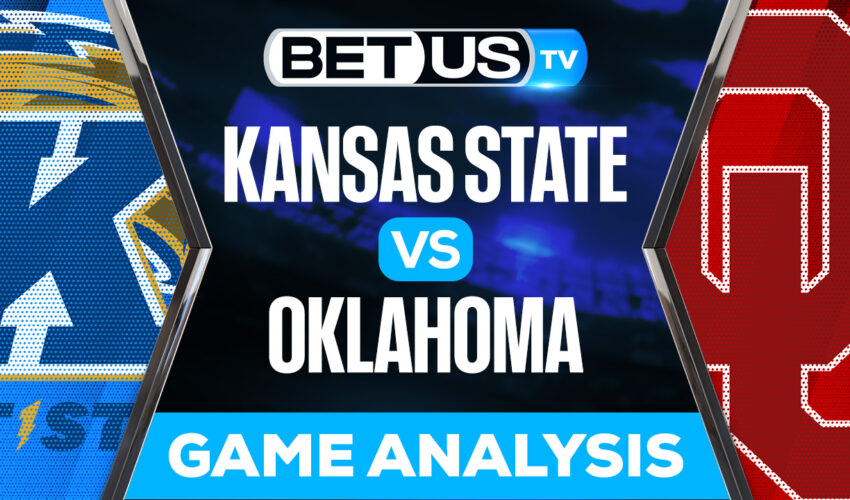 On Saturday, Brent Venables and his Oklahoma open Big 12 play as the Sooners host the Kansas State Wildcats. The Dillon Gabriel-led Sooners have done nothing but take care of business in what was supposed to be a down year for the school as Lincoln Riley and Caleb Williams infamously departed for USC, this past Summer. However, the Sooners haven’t batted an eye.

Oklahoma has nearly covered all of their first three games of the season as their lone shortcoming as 33-point favorites over Kent State but won the game 33-3. In their other two matchups, Oklahoma defeated UTEP in week one 45-13 as 31-point favorites, and most recently, in their showdown with Nebraska in Lincoln as the Sooners drubbed the Huskers 49-14 as mere 11-point favorites heading into the contest.

There have been several players on the defensive side of the ball that have broken out for Oklahoma in 2022, and perhaps none of them have done so more than defensive end Reggie Grimes. The junior pass rusher put on some weight this offseason and is playing around 280 pounds, but his presence on the edge has been huge for a surging Sooners’ defense and will be important again on Saturday..

This matchup might have lost a little bit of hype this past weekend when the Wildcats lost outright as two-touchdown favorites at home against Tulane. Meanwhile, the Sooners traveled to Lincoln to face a desperate Nebraska team, who just fired Scott Frost and hired Mickey Joseph, who had his on-field career cut short by none other than Oklahoma back in the 90s.

Everything was set up for the Cornhuskers to pull off the upset but Dillon Gabriel and co. had other plans and thumped the Huskers right from the opening kick-off to the tune of a 49-14 victory. This is going to end up being a game of two teams going in completely opposite directions. Oklahoma and Kansas State have split the last four meetings in this series, with Oklahoma winning in 2018 and 2021, while K-State took home victories in 2019 and 2020.

Let’s check the latest NCAAF picks, news, stats and NCAAF expert picks for Kansas State vs Oklahoma. We’ve plenty of NCAAF predictions for you to consider.

The implied probability for these two teams attached to the betting lines have Kansas State at a 20.00% chance of winning the game, meanwhile Oklahoma have 83.33% probability of finishing the game with the W.