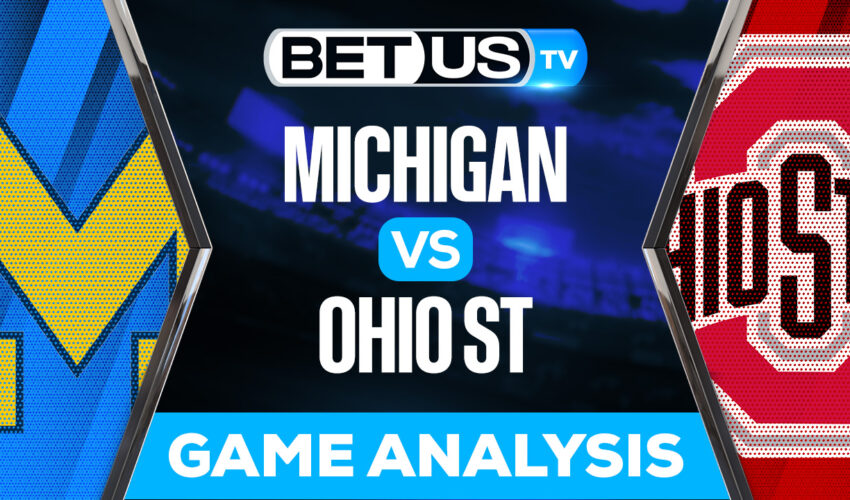 The first Michigan vs Ohio State game was played on Oct. 16, 1897, a 36-0 victory for the Wolverines. They would go on to win 15 consecutive matchups against their rival, but the all-time series is much closer now with Michigan holding a 59-51-6 advantage.

Ohio State is eighth in total offense this season, a slight decline from last season’s numbers as it deals with depth issues owing to injuries sustained by top skill players, but still boasts the nation’s No. 2 scoring offense at 46.5 points per game and a battery of skill threats that can stretch the field on any snap.

Standing at 6-foot-4, 205 pounds, Harris has emerged as Ohio State’s X receiver, lining up on the backside of the formation. In the absence of the injured Jaxon Smith-Njigba, the former four-star recruit has become OSU’s best and most reliable weapon, catching 65 of 99 targets for 1,037 yards and 11 touchdowns.

One person isn’t going to keep Harrison from catching the ball. He’s had at least three catches in every week and only had less than 45 yards once. Even against Northwestern, where throwing the ball was eliminated as an option thanks to crazy high wind, he finished with five catches for 51 yards.

On the other side, Michigan comes to Columbus armed with units that rank top-five nationally in total defense (No. 1), scoring defense (No. 2), and rushing offense (No. 4), but with concerns about lead running back Blake Corum after the thousand-yard rusher injured his knee in last week’s win over Illinois.

Let’s check the latest NCAAF picks, news, stats and NCAAF expert picks for Michigan vs Ohio State. We’ve plenty of NCAAF predictions for you to consider.

The implied probability for these two teams attached to the betting lines have Michigan at a 30.77% chance of winning the game, meanwhile Ohio State have 73.33% probability of finishing the game with the W.