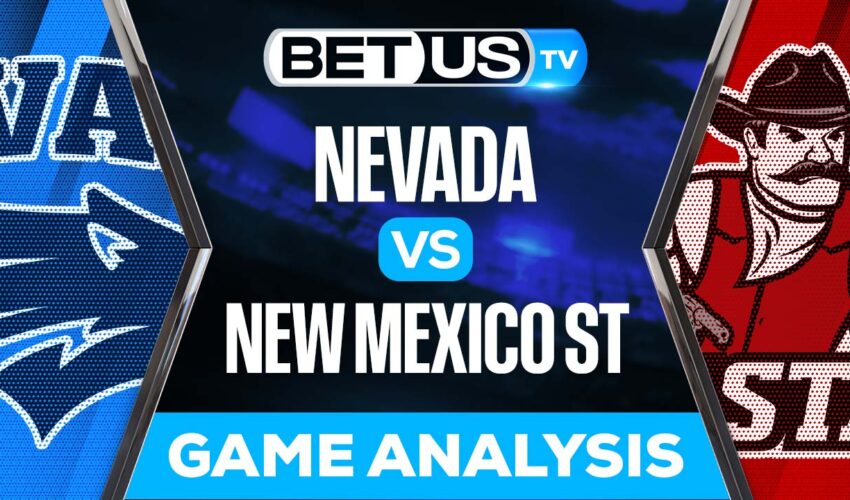 The Nevada Wolf Pack and the New Mexico State Aggies meeta at Aggie Memorial Stadium on Saturday to kick off their campaign. The Nevada Wolf Pack will basically be starting from scratch in 2022 after finishing 2021 at 8-5 including a 5-3 mark in Mountain West play and earning a spot in the Quick Lane Bowl, a game that the Wolf Pack lost to Western Michigan. The New Mexico State Aggies will begin a new era of optimism in Las Cruces after finishing with a disappointing 2-10 record last season, leading to the dismissal of Doug Martin. These two teams arrive into the 2022 season in very different forms, making this an exciting game to watch.

Though they made a lot of changes, when it comes to Nevada’s defense, it’s a lot more of the same as a lot of the parts from Nevada’s solid defense are gone but the good news is that one of their better players is returning in defensive lineman Dom Peterson and if anyone can coach up the incoming linebackers, it’s coach Wilson. The best part of this Nevada team might be their secondary, bringing in a big transfer from Michigan in Darion Warren-Green alongside guys like Tyson Williams, JoJuan Claiborne and Bentlee Sanders, making the Wolf Pack a solid aerial defense this season.

On the other side, New Mexico State hit the transfer portal hard. Chris Ojoh is back after leading the Aggies with six sacks last season and Trevor Brohard is back in the linebacking group as well, while Donavan King is one of the Aggies’ best at creating pressure. DJ McCullough and Syrus Dumas make up a formidable pair in the Aggie secondary but this is where the transfer portal comes in big as the Aggies get Mekhi Miller from Maryland and Andrew Seldon from Michigan to aid in a secondary that allowed almost 300 passing yards per game last season.

The implied probability for these two teams attached to the betting lines have Nevada at a 77.53% chance of winning the game, meanwhile New Mexico State have 25.97% probability of finishing the game with the W.