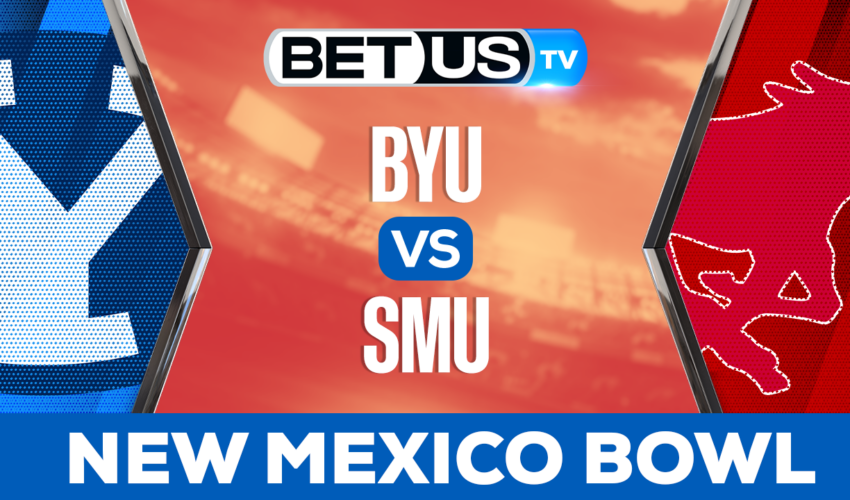 One of the most disputed bowls of this season is what we will have at the New Mexico Bowl. The SMU Mustangs and BYU Cougars teams joined this game, who during the regular season finished on equal terms.

The SMU Mustangs team arrives with maximum motivation, after winning their last game against the Memphis Tigers and closing with 80% performance in their last 5 games, where they only lost one of them. If anything was criticized about the SMU Mustangs during the season, it was the large amount of points they allowed from their defense, with a total of 34.7 points per game. But their offensive line also had something to talk about, but in a positive way, since they have an average of 38.4 points scored per game, which speaks highly of their offense and it is not for less since they have very important players, as is the case. of Tanner Mordecai leading passer, Tyler Lavine leading rushing yards and Rashee Rice, receiving leader, who have contributed a lot to the Cougars’ offensive line. SMU has a 7-5 record.

Meanwhile their rival, the BYU Cougars also come into this game with very similar numbers. The team comes from a streak of 3 consecutive games obtaining the victory. The last time they lost was on October 28, when they were defeated by the East Carolina Pirates by a score of 41-14. In their last 5 games played, the BYU Cougars would finish with a 60% performance. Their defense has been a fundamental part this season, where they have allowed an average of 30 points per game. Like most teams there are always players who stand out and BYU is no exception, this season they have had players like Jaren Hall, Christopher Brooks and Puka Nacua, who have been an important part of the offensive line, which has averaged a total of 31.9 points per game for a winning mark of 7-5.

As we can see, both teams arrive with very similar numbers and performances to this game and the chances of both teams to win this bowl are very similar, since the BYU Cougars arrive with a 47.5% chance and their rival, the SMU Mustangs, surpass them. by very little, with 52.5%. It will not be until this Saturday, December 17, when we find out which of the two teams will leave the New Mexico Bowl to be played at University Stadium in Albuquerque, New Mexico.

Let’s check the latest NCAAF picks, news, stats and NCAAF expert picks for SMU vs BYU. We’ve plenty of NCAAF predictions for you to consider.

The implied probability for these two teams attached to the betting lines have SMU at a 67.74% chance of winning the game, meanwhile BYU have 36.36% probability of finishing the game with the W.