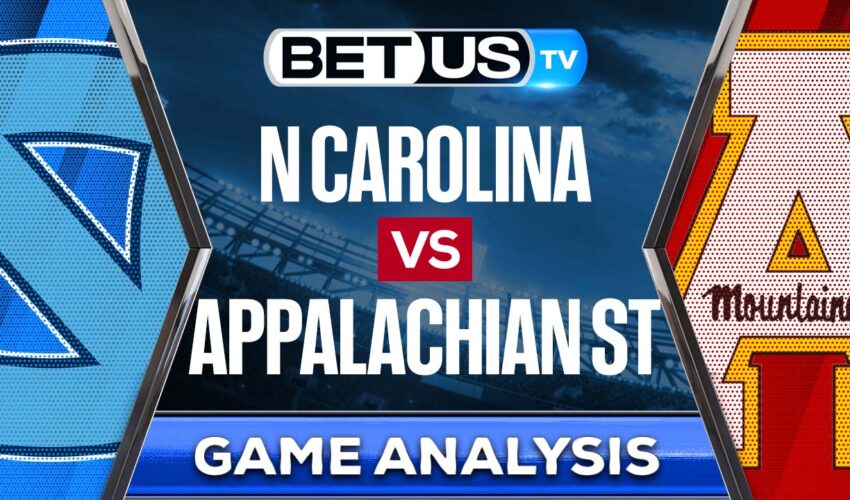 The North Carolina Tar Heels take a trip to Kidd Brewer Stadium where they’ll face the Appalachian State Mountaineers to kick off their 2022 NCAAF season on September 3. The Tar Heels didn’t have the best 2021 season as they finished with a 6-7 overall record, losing every single one of their away games. On the other hand, the Mountaineers had a perfect 6-0 record while playing at home and closed out the season with a 10-4 overall record.

North Carolina definitely has a tough match to begin the season as the Mountaineers have former ACC quarterback Chase Brice throwing the ball. But there is one player that might be able to turn things around the Tar Heels. Tony Grimes enters his third season in Chapel Hill, one with high expectations for the former five-star prospect. He is coming off of an All-ACC Honorable Mention sophomore season.

He has totaled 61 tackles, 13 pass breakups and one interception in his two seasons at UNC. Grimes was also named a fourth-team All-ACC defender on the Athlon preseason All-ACC teams. After two successful seasons for Grimes, not only are the expectations high on the inside of the locker room but also from a national perspective

The Appalachian State Mountaineers will try to do even better than last year. This year they’ll try to become the East Division champion in the Sun Belt Conference, like they did four years in a row from 2016 to 2019, and they definitely have the tools to make it happen.

Chase Brice set App State’s single-season record for passing yards with a league-leading 3,337 to go along with season totals of 27 touchdown passes and a 62.1 completion percentage. Daley started every game at left guard in 2021, allowed just one sack in 698 plays and finished the season with 38 knockdown blocks. These two players will be the determining factors in their opener game.