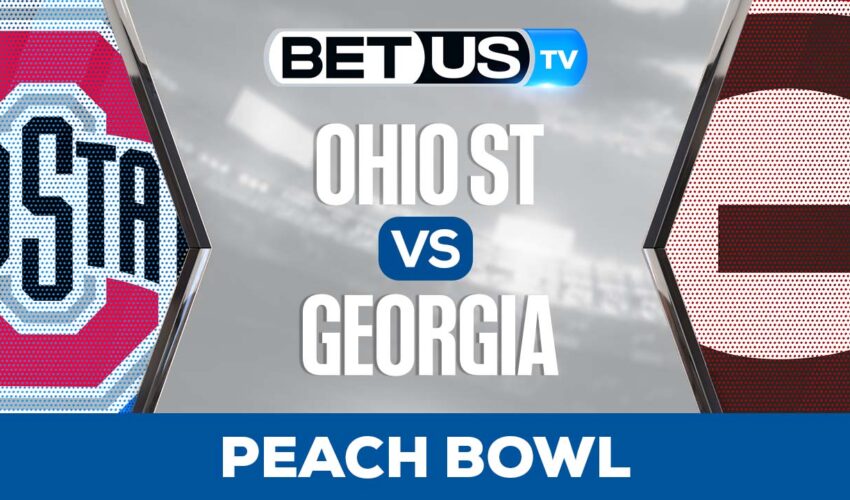 This Saturday, December 31, we will have one of the most anticipated games to define the Peach Bowl champion between two of the best teams of this season, we are talking about the game between the Ohio State Buckeyes and the Georgia Bulldogs.

The Ohio State Buckeyes team came from losing their last game against the Michigan Wolverines by a score of 45-23. Surprisingly for Buckeyes fans, the team lost the last game of their regular season, since they had not lost any of their games played throughout the season. A team very well worked on their lines. Its offense was undoubtedly one of its strongest points, since it averaged a total of 44.5 points per game and had an excellent performance from its best players, such as CJ Stroud, Miyan Williams and Marvin Harrison Jr. The team The Ohio State would end their regular season in second place in the Big Ten – East, with a positive record of 11-1, second only to the Michigan Wolverines.

Meanwhile, the Georgia Bulldogs team became one of the favorite teams by being undefeated in the regular season. The team’s performance throughout the season was excellent and hence the result obtained. Their defense was their biggest selling point this season, as they only averaged a total of 12.8 points per game, one of the lowest averages of the season. To this is added the very good performance of the offense, led by Stetson Bennett, Kenny McIntosh and Block Bowers who were fundamental pieces of offense, which averaged a total of 39.2 points per game. The Bulldogs would finish the regular season in first place in the SEC – East, with an undefeated record of 13-0.

Undoubtedly one of the best games we will have this season, however, according to the data analyzed, the team that comes with the advantage to win the Peach Bowl is the Georgia Bulldogs, who have a 57.7% chance, while the Ohio State Buckeyes have 42.3%.

Let’s check the latest NCAAF picks, news, stats and NCAAF expert picks for Ohio State vs Georgia. We’ve plenty of NCAAF predictions for you to consider.

The implied probability for these two teams attached to the betting lines have Ohio State at a 31.25% chance of winning the game, meanwhile Georgia have 72.97% probability of finishing the game with the W.