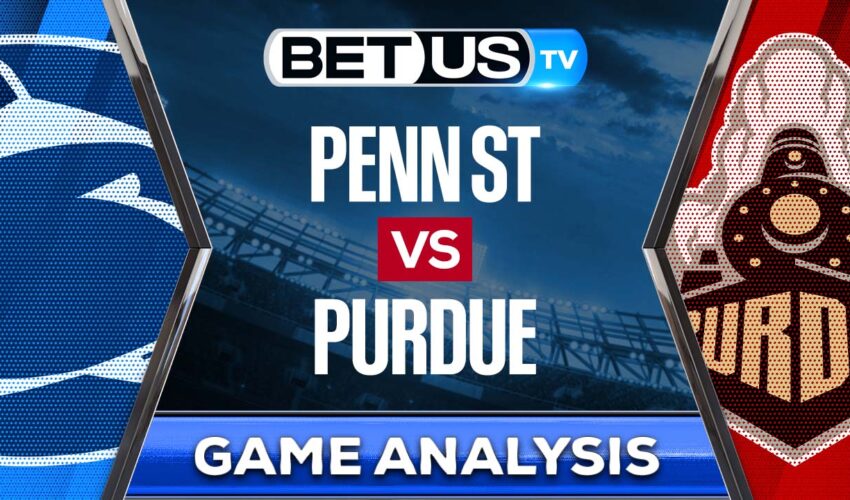 The Penn State Nittany Lions open up their 2022 NCAA season against the Purdue Boilermakers on September 1st at Ross-Ade Stadium. Both of these teams finished the 2021 season as middle-of-the-pack teams in their respective divisions, which makes this match a very exciting one to watch.

While Penn State had a great season start last year, winning 5 in a row, they couldn’t keep a good performance in the last instances of the regular season. They lost 5 out of their last 7 encounters, including 3 in a row against Iowa, Illinois, and Ohio State. Penn State also had a very disappointing showing at the Outback Bowl, where they lost 24-10 to Arkansas.

This year Sean Clifford is returning to State College for a sixth season, hoping to finish up on a better note than what last year’s injury-plagued campaign produced. The 24-year-old had a top-10 Total QBR when he was injured against Iowa, but he was 85th from that point forward.

Let’s check the latest NCAAF picks, news, stats, and NCAAF expert picks for Penn State vs Purdue. We’ve plenty of NCAAF predictions for you to consider

Now if we take a look at how Purdue did in their 2021 season, it wasn’t anything out of this world. They finished the 2021 season on a 9-4 overall record with a three-way tie for second place in the West Division with Minnesota and Wisconsin. They finished the season with a 48–45 overtime victory over Tennessee in the Music City Bowl.

Purdue had a lot of changes in their coaching staff coming into this season. Cornerbacks coach James Adams followed defensive coordinator Brad Lambert to Wake Forest, while JaMarcus Shephard accepted an assistant coaching position at Washington. To replace these coaches, David Elson, Garrick Mcgee, and Ashton Youboty are coming in to fill different positions.

The Boilermakers start their 2022 season with a 9 game slate that opens up against Penn State, making a Big Ten schedule that actually looks promising for Purdue. The first thing we can notice is that Ohio State, Michigan, and Michigan State are not on the schedule, which could be considered a blessing for Purdue.