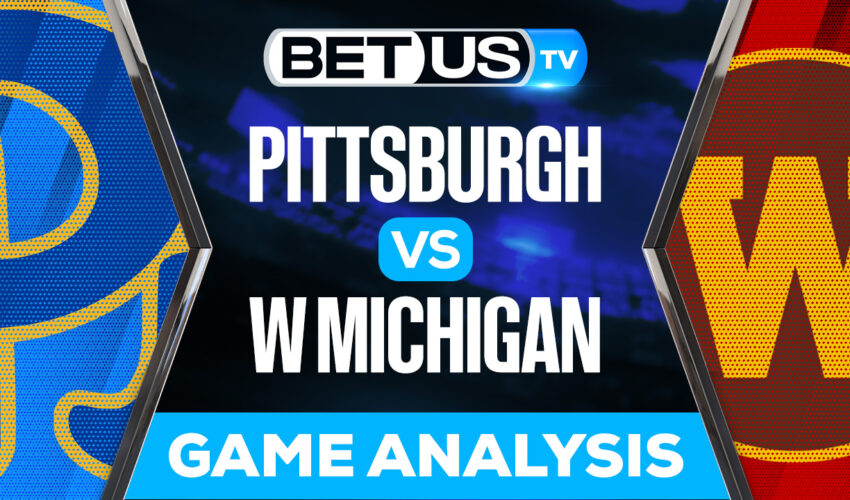 On Saturday, the Pittsburgh Panthers go and visit the Western Michigan Broncos in Kalamazoo, Michigan in a rare road contest for a Power Five team visiting a Group of Five team. The Broncos shocked Pitt last year on the road, so this sets up to be a very interesting matchup.

Last year’s result seems like an outlier now when you look back on it. Pitt lost a lot from last year, mainly, Kenny Pickett at quarterback, but they’ve gotten off to a decent start so far, by beating West Virginia and losing to Tennessee in overtime this past week.

They’ve been battle-tested so far, so Western Michigan shouldn’t be much of a challenge compared to their first two games. A road game for a Power Five team against a Group of Five team always has some weirdness that comes along with it, but it’s still safe for the Panthers to cover the spread.

Pitt’s defensive line is a massive strength for them on defense, and probably the best unit they have overall. The question is how can Western Michigan stop this line, if at all? The Broncos have an offensive line that was going through transition before the year, and the results have been mixed at best.

Of the two games Western Michigan’s played, the best comparison to Pitt’s defensive line is Michigan State’s and they allowed seven sacks to the Spartans in Week 1. Pitt got three sacks a piece in both their games so far, and that competition was much higher than what they are about to face this week.

The Pittsburgh defensive line is most likely going to get after Western Michigan quarterback, Jack Salopek, early and often and it doesn’t seem very possible that the Broncos are going to have much of an answer for Pitt’s defensive line. Ultimately, this will be what makes the difference in the game.