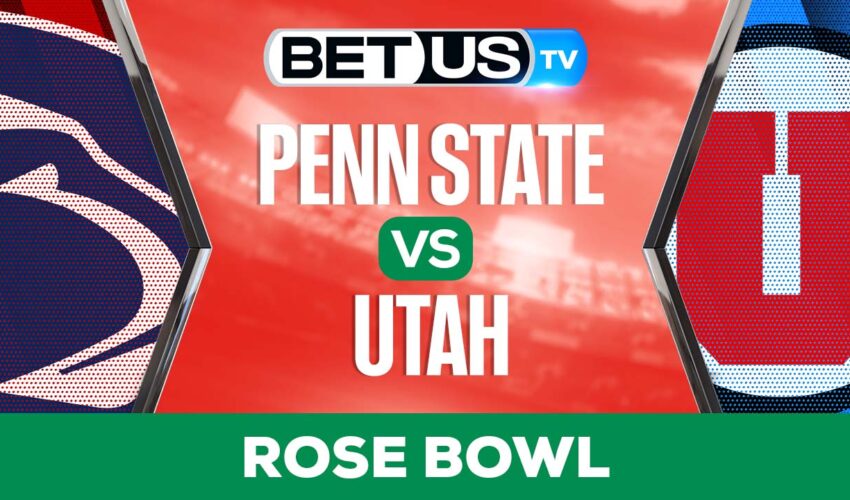 Kyle Whittingham is looking to close his 18th full season as head coach at Utah on a good note. James Franklin is currently looking for the same result in his 9th season as head coach at Penn State. After James Franklin and the Nittany Lions finished with a 11-11 combined record during 2020 and 2021, they have been able to achieve a 10-2 record this season. As for Whittingham and the Utes they have gone with a more than respectable 10-3 record.

The match is set to start Monday, January 2nd, hosted at the Rose Bowl Stadium in Pasadena, California.

Penn State is still searching for a convincing win against tougher opposition, and taking a victory versus 10th ranked Utah would suffice the program this year. The Utes debuted in the Rose Bowl in 2021 as they nearly upset Ohio State for the trophy.

Tavion Thomas, sadly for Utah fans, will not be participating in the Rose Bowl due to a toe injury that has limited his playing time for the last 2 games. Utah is a rushing focused team, as such they will definitely miss proficiency in attack due to their top rusher staying on the sidelines.

In place of Tavion Thomas, freshman Ja’Quinden Jackson has rushed for at least 100 yards in the last 2 consecutive matches versus Colorado and Southern California, in total Utah has grabbed more than 600 rushing yards this season. Fans will definitely hope Ja’Quinden Jackson shows up and takes the trophy home.

Who is Penn State’s QB?

Penn State’s main key piece is QBSean Clifford, who is among the oldest players in the country. The 6th year senior is definitely consistent but not flashy enough for a game like this, having thrown 2,543 yards including 22 touchdowns with 7 interceptions.

This game will be a close matchup, however even after a tough injury hitting their best player, we believe Utah will take this game.

Let’s check the latest NCAAF picks, news, stats and NCAAF expert picks for Penn State vs Utah. We’ve plenty of NCAAF predictions for you to consider.

The implied probability for these two teams attached to the betting lines have Utah at a 56.52% chance of winning the game, meanwhile Penn State have 47.62% probability of finishing the game with the W.