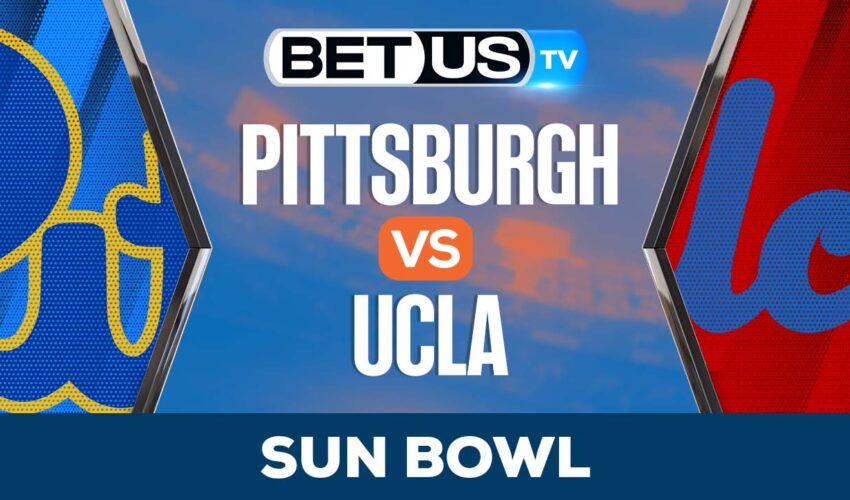 With college bowl season still underway comes the Sun Bowl. Perhaps one of the most anticipated matches due to the great moments in which both teams arrive. This bowl will be played on December 30 between the Pittsburgh Panthers and UCLA Bruins teams.

The Pittsburgh Panthers team comes on an excellent streak of 4 consecutive games without defeat. The last one was on October 29 when they were defeated by the North Carolina Tar Heels by a score of 42-24. There is no doubt that the team has excellent players on the team, but the names of Kedon Slovis, Israel Abankanda and Jared Wayne are the ones that attract the most attention, they feel they are the leaders in the Pittsburgh attack. Their offensive line has been very solid this season, averaging a total of 30.8 points per game, while their offensive line has allowed an average of 23.4 points per game. The Pittsburgh Panthers are in the second position of the Atlantic Coast – Coastal Conference, with a positive record of 8-4.

The UCLA Bruins teams also arrive at a great time. They come with high motivation after winning their last game against the California Golden Bears by a score of 35-28. Although in their last 5 games the team has had a 60% performance, they arrive as one of the strongest teams in their conference. There is no doubt that it’s offensive line has caused great problems for its rivals, since it is one of the offenses that averages the most points per game, with a total of 39.6 points per game, but at the same time, it is one of the teams that most points he allows, averaging 28.3 points per game. The team is in the sixth position of the PAC 12 Conference with a positive record of 9-3.

According to the data provided by ESPN Analytics, the one who arrives with the most chances of winning the game is the team of the

Let’s check the latest NCAAF picks, news, stats and NCAAF expert picks for Pittsburgh vs UCLA. We’ve plenty of NCAAF predictions for you to consider.

The implied probability for these two teams attached to the betting lines have Pittsburgh at a 36.36% chance of winning the game, meanwhile UCLA have 67.74% probability of finishing the game with the W.