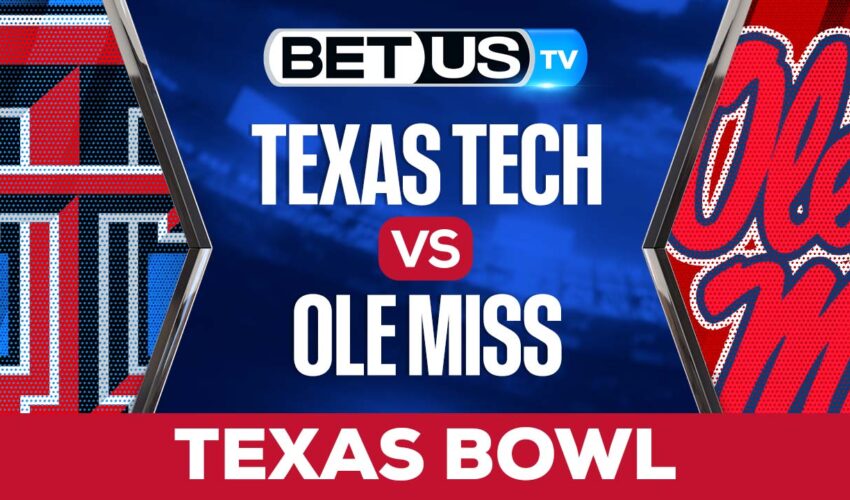 Perhaps this is one of the best games of this college bowl season. This coming December 28, the Texas Bowl will be played between two of the best teams of the regular season, we are talking about the Texas Tech Red Raiders and Ole Miss Rebels teams.

The Texas Tech Red Raiders team is very motivated for this game, since they are in a streak in which they have gone 3 consecutive games without losing. Their last loss was on November 5 when they fell to the TCU Horned Frogs by a score of 34-24. One of the most important points of this team has been its offensive line since they have a very high average of points scored per game with a total of 33.6 points per game, thanks to important players like their QB Donovan Smith, Sarodorick Thompson and Jerand Bradley, who have been the leaders of the attack for the Red Raiders. The Texas Tech team is in fourth position in the Big 12 Conference with a positive record of 7-5.

But they will face one of the strongest teams this season, it is the Ole Miss Rebels team, who despite their bad end to the season have one of the best performances. The team comes from a very bad streak in which they have lost their last 3 games consecutively, the last time they saw victory was on October 29 when they defeated the Texas A&M Aggies by a score of 31-28. However, their losing streak goes further, since they have lost 4 of their last 5 games for a poor performance of 20%. Despite this, its offensive line is one of the ones that scores the most points per game, with an average of 34.2 points per game, while its defensive line is one of the ones that has allowed the fewest points, with a total of 24.2 points per game. The Ole Miss team is in fourth position in the SEC – West with a positive record of 8-4.

According to data provided by ESPN Analytics, the Ole Miss team is the favorite to win this Texas Bowl with a 61.6% chance, against 38.4% for the Texas Tech Red Raiders team.

The implied probability for these two teams attached to the betting lines have Ole Miss at a 62.26% chance of winning the game, meanwhile Texas Tech have 40.82% probability of finishing the game with the W.