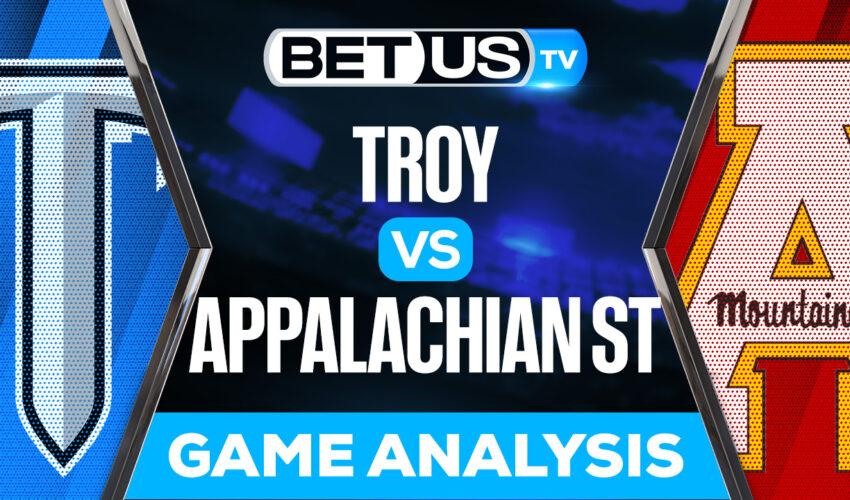 The Troy Trojans go back on the road this week, taking a trip to Boone in North Carolina to take on the Appalachian State Mountaineers. The Troy Trojans got drilled by Ole Miss on opening weekend but recorded nicely en route to a 38-17 victory over Alabama A&M, this past weekend.

Gunnar Watson has led the way this season for the Troy offense completing 70.4% of his passes for 626 yards and five touchdowns. Kimani Vidal is the top ball carrier on the Troy roster with 86 yards on 22 carries through the first two games of the year. DK Billingsley is second on the team with 39 rushing yards and Jabre Barber leads all Troy receivers with 165 yards and one score on 10 catches this season.

Offensively Appalachian State moved the ball well against the number 6 ranked team in the nation, chewing up 315 total yards to score 17 points in the game including three in the fourth quarter leading to the victory. Quarterback Chase Brice completed 15 of 30 passes for 134 yards and one score. Camerun Peoples had one of the best games of his career with 112 yards on 19 carries and Ahmani Marshall added 35 yards and one score on 11 carries as well.

Let’s check the latest NCAAF picks, news, stats and NCAAF expert picks for Troy vs Appalachian St. We’ve plenty of NCAAF predictions for you to consider.