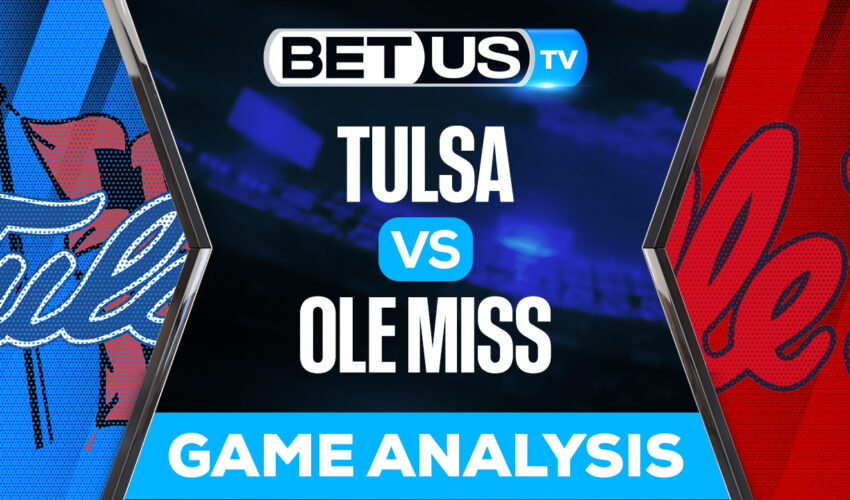 Ole Miss returns home to Oxford an undefeated team with one more non-conference foe against the Tulsa Golden Hurricane in college football’s Week 4 action on Saturday. The Rebels are a perfect 3-0 on the year after defeating opponents by a combined 129-13, including a 42-0 rout over Georgia Tech last week.

The Golden Hurricane have been a blast so far. Don’t just blow off that 54-17 win over Jacksonville State. Rich Rodriguez’s team is dangerous, and there wasn’t any problem as Davis Brin and the nation’s No. 1 passing attack went off, and now it all gets to roll against an Ole Miss defense that hasn’t exactly been pushed yet.

Meanwhile, The Rebel running game has been fantastic. This is the Lane Kiffin offense that made Matt Corral a big deal and would love to wing it around the yard, but it’s the ground attack that’s ripping everything up, which is why this matchup is going to be a very interesting one to watch.

We can’t forget that the Rebels are fifth in the nation in rushing averaging 272 yards per game with 12 touchdowns so far, and now they’re going to rip through a Tulsa defensive front that hasn’t been awful, but is about to give up enough yards to matter.

Ultimately, be ready to have some fun watching this game. Yeah, Ole Miss has allowed 13 points so far, but the D line has been great at generating plays behind the line. Meanwhile, Tulsa has managed to handle the problems on one side with lots of production on the other. This is going to be a back-and-forth firefight, with Ole Miss having the ability to outlast the other side.

Let’s check the latest NCAAF picks, news, stats and NCAAF expert picks for Clemson vs Wake Forest. We’ve plenty of NCAAF predictions for you to consider.

The implied probability for these two teams attached to the betting lines have Ole Miss at a 93.33% chance of winning the game, meanwhile Tulsa have 11.11% probability of finishing the game with the W.