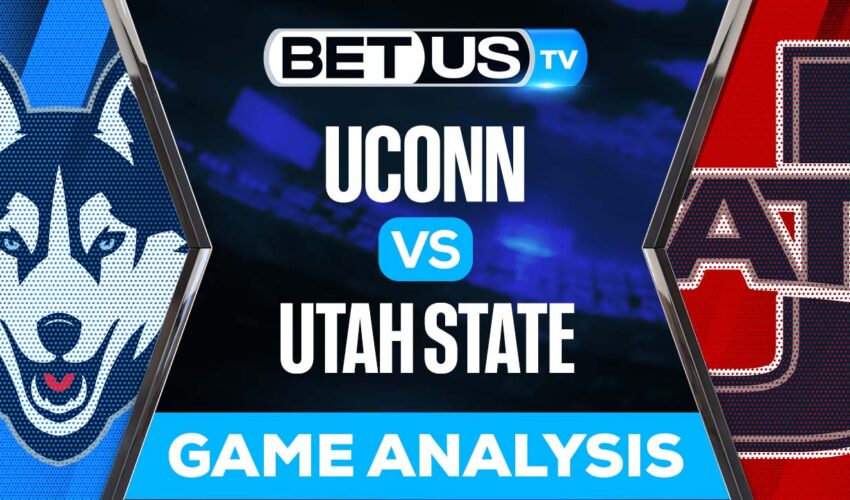 On Saturday the UConn Huskies take on the Utah State Aggies at Maverik Stadium in Logan. Last year, Utah State began the Blake Anderson era and ended the season with the Mountain West title. Anderson will look to build on that success in year two with his quarterback, Logan Bonner back under center This season kicks off a new era of UConn football as Jim Mora takes over the Huskies. The Huskies went 1-11 a season ago, so simply being competitive in his debut would be an improvement over the 2021 season

The Aggies won the Mountain West last year in head coach Anderson’s first season. They went 11-3 including a win in the L.A. Bowl over Oregon State. Utah State finished the year as the 24th ranked team in the AP Poll Their quarterback, Logan Bonner, is back for 2022 after throwing for 3,628 yards and 36 touchdowns a year ago, but Bonner has lost his top three receivers. He will have to build a rapport with the new group. Justin McGriff projects to be his top receiver and the 6′ 6” senior will give Bonner a big target on the outside

Until the passing game fully clicks, the Aggies will be able to rely on Calvin Tyler Jr. their leading rusher from a year ago. He is undersized at 5’8” 210, but rushed for 911 yards a year ago and will likely have his role expanded with Eleyon Noa transferring away from the program. Expect Tyler Jr. to have a big Week 0 because in 2021 UConn ranked 109th out of 125 teams in the FBS in rushing yards allowed per game Jim Mora will coach his first game for the Huskies, but it will be a long road if he is ever able to turn around one of the worst programs in FBS football