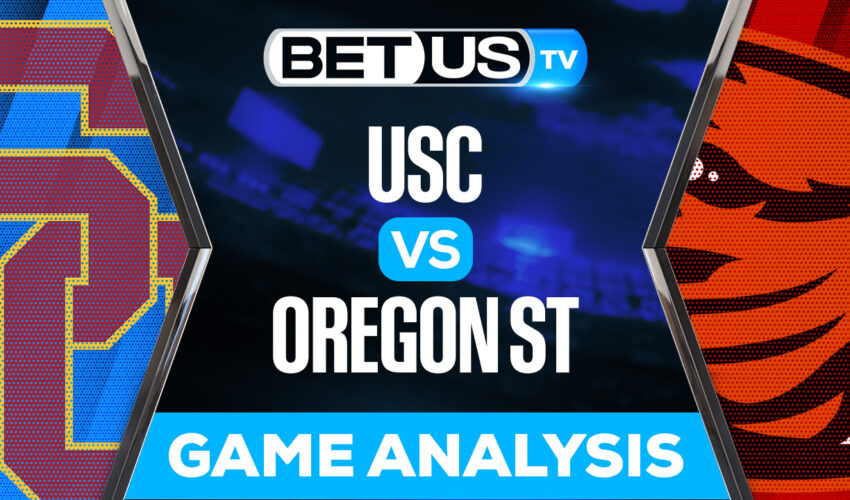 Winning streaks will be on the line Saturday when the Oregon State Beavers host the USC Trojans in Week 4 college football action. The Trojans hit the road after last weekend’s 45-17 win over Fresno State while the Beavers romped 68-28 over FCS Montana State and will be aiming to tally consecutive wins over USC for the first time in 79 all-time meetings.

The versatility of the Trojans’ high-powered offense was on full display in last weekend’s 45-17 rout of Fresno State. Quarterback Caleb Williams increased his touchdown pass total on the season to eight with a pair of scoring strikes, and added his first two scoring runs of the year.

The USC backfield also made big contributions, with both Austin Jones and Travis Dye topping 100 rushing yards and running for one score. The Trojans defense stood tall, particularly after recess, forcing a fumble and a pair of late turnovers on downs to snuff out any hope of a late Bulldogs rally.

On the other hand, the Beavers faced little resistance in last weekend’s win over Montana State as expected. Oregon State scored on nine of its first 10 possessions of the game, with the lone exception being a missed field-goal attempt as the clock ran out on the first half.

More effort was required in their 35-32 win over Fresno State in Week 2, in which they twice surrendered leads before rallying to claim the win on a Jack Colletto scoring run as time expired. The Beavers struggled to contain a Bulldogs attack that compiled 492 yards and controlled possession for over 33 minutes.

One positive for the Beavers defense was forcing the Bulldogs to settle for field goals on five occasions, including one missed attempt. However, Fresno State pivot Jake Haener still managed to rack up 360 passing yards while completing 29 of 45 attempts.

Let’s check the latest NCAAF picks, news, stats and NCAAF expert picks for USC vs Oregon State. We’ve plenty of NCAAF predictions for you to consider.

The implied probability for these two teams attached to the betting lines have USC at a 71.43% chance of winning the game, meanwhile Oregon State have 32.26% probability of finishing the game with the W.