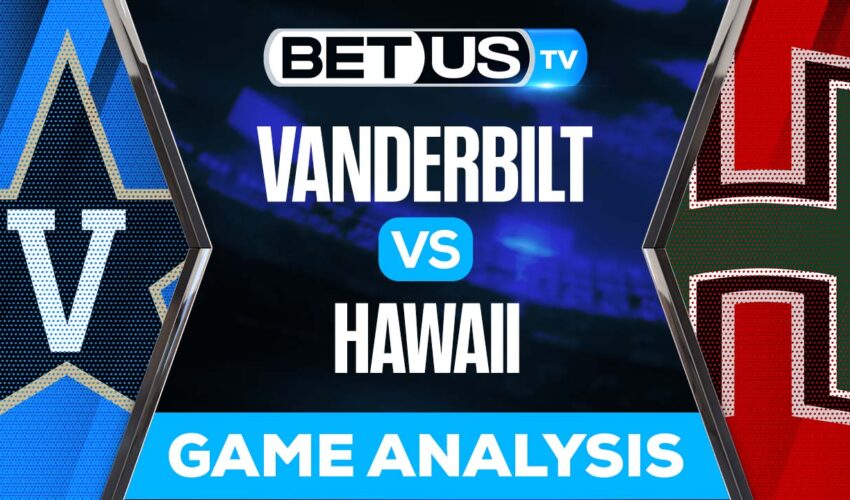 The Vanderbilt Commodores and Hawaii Rainbow Warriors meet on Saturday in week 0 for their first game of the season at Clarence T.C. Ching Athletics Complex. The Commodores are coming off a 2-10 season and enter the second year under coach Clark Lea. On the other hand, the Warriors finished 6-7 last year, but this time around, Timmy Chang will make his head coaching debut.

New head coach and Rainbow Warrior passing legend Timmy Chang should be able to restore the glory soon enough, but it’s going to take a whole lot of work to put together the depth, the talent, and the rotation to be able to hold up against the strongest teams. The passing attack should be good, there are good options at quarterback and the receivers should be fine, but the lines might not be there to hold up.

Hawaii is looking to let it rip. They’ll try to move quickly, spread the ball around, and keep it as simple as throwing the ball to open spaces so the receivers can do things on the move. It sounds easier than it’s going to be, but the Vanderbilt pass rush is questionable, and the offense has to prove it has the pop to keep up if this thing all works right away under Chang.

Taking everything into consideration, Hawaii is pretty much a brand-new team from the roster to the coaching staff, and it typically takes time to figure things out with that many new faces. Vanderbilt has far and away more in place from a year ago to kind of hit the ground running. In the end, this should be a very interesting match to watch as two very different teams will try to start the 2022 season in the best way possible.

Let’s check the latest NCAAF picks, news, stats and NCAAF expert picks for Vanderbilt vs Hawaii. We’ve plenty of NCAAF predictions for you to consider

The implied probability for these two teams attached to the betting lines have Vanderbilt at a 73.33% chance of winning the game, meanwhile Hawaii have 29.85% probability of finishing the game with the W.