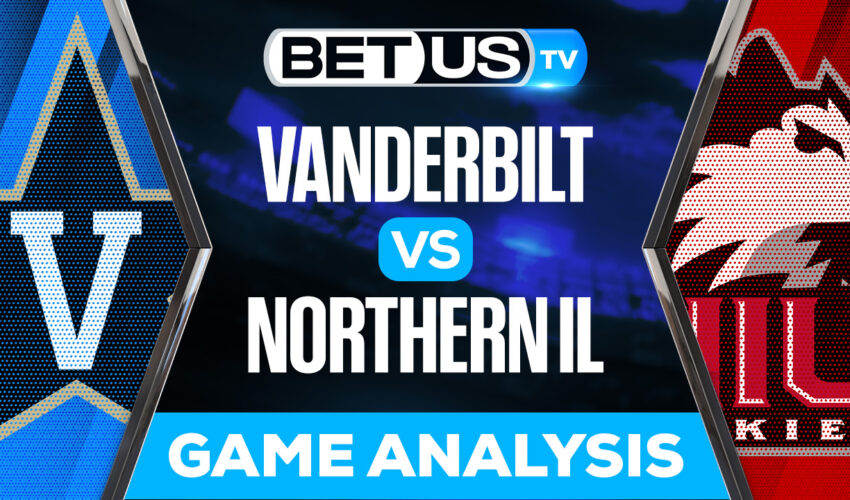 The Vanderbilt Commodores will go back on the road this Saturday to DeKalb Illinois to take on the Northern Illinois Huskies. Vanderbilt comes into their fourth game of the season following a 20 point blowout home loss against Wake Forest. Defensively Vanderbilt was obliterated as Wake Forest totaled 451 yards including 300 yards through the air to score 45 points in the game.

Offensively Vanderbilt struggled failing to bust 300 yards of offense and turn the ball over three times in the last. The Commodores used two different quarterbacks in the game, combining to complete 16 of 26 passes for 181 yards and two scores. Re’Mahn Davis led the way for the Vanderbilt offense with 87 yards and one touchdown on 18 carries. Catch all the winning picks with our free college football previews.

The Northern Illinois Huskies return home following their first loss of the season against Tulsa on Saturday. Defensively Northern Illinois struggled allowing 429 yards of offense and 38 points including 14 in the fourth quarter leading to the loss. On defense, Daveren Rayner has a team-high 25 total tackles while Eric Rogers has a pair of interceptions and NIU’s defense as a whole has 6 sacks this season.

Fortunately for Vanderbilt fans, this team is having one of their better seasons in recent memory and there is a huge chance they’ll continue that trend in their fourth game of the season. Vanderbilt is the bigger and deeper team, and the Commodores will try to overwhelm Northern Illinois.

Let’s check the latest NCAAF picks, news, stats and NCAAF expert picks for Vanderbilt vs Northern Illinois. We’ve plenty of NCAAF predictions for you to consider.

The implied probability for these two teams attached to the betting lines have Vanderbilt at a 59.18% chance of winning the game, meanwhile Northern Illinois have 44.44% probability of finishing the game with the W.