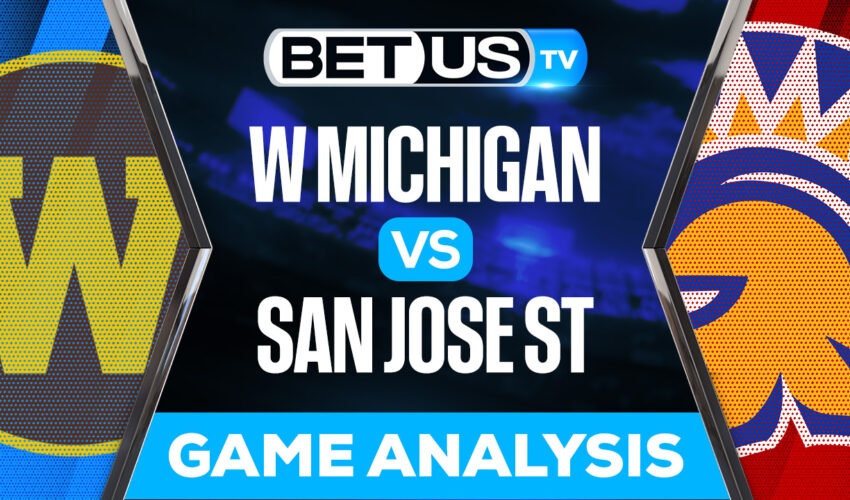 The Western Michigan Broncos and the San Jose State Spartans meet Saturday in college football action from Spartan Stadium. The Broncos just finished up a matchup versus Pittsburgh. In that one, Western Michigan struggled in a 21-point loss. As for San Jose State, they’re coming off an open week after falling to Auburn in game two.

Over the weekend versus Pittsburgh, the Broncos were outscored 14-0 in the final quarter during a 34-13 loss. QB Jack Salopek threw for 99 yards and three interceptions, and La’Darius Jefferson had seven carries for 35 yards. Anthony Sambucci added a 44-yard catch to lead the receivers.

Over on the San Jose State side, they played a tricky matchup against Portland State in their opener. The Spartans managed to eke out a 21-17 win, though. QB Chevan Cordiero put up 239 yards and a score on 15-of-30 passing, and also scored two rushing touchdowns.

In game two back on September 10, San Jose State couldn’t keep up with Auburn and ended up losing 24-16. Cordiero threw for 275 lads on 24-of-40 passing in the defeat. Charles Ross was the top receiver on his five catches for 89 yards.

The Broncos were overmatched in their last game versus Pittsburgh, but considering they were only down 20-13 going into the final quarter they didn’t fare too badly. It was a drab offensive effort though; Western Michigan posted just 180 total yards and 10 first downs.

As for San Jose State, they’ve had some ups and downs already. The open week should do the team some good, though. The Spartans gave up 210 rushing yards and 6.2 yards per play to Auburn in their last outing, ultimately falling short in the second half during the loss.

The implied probability for these two teams attached to the betting lines have Western Michigan at a 31.75% chance of winning the game, meanwhile San Jose St have 71.83% probability of finishing the game with the W.