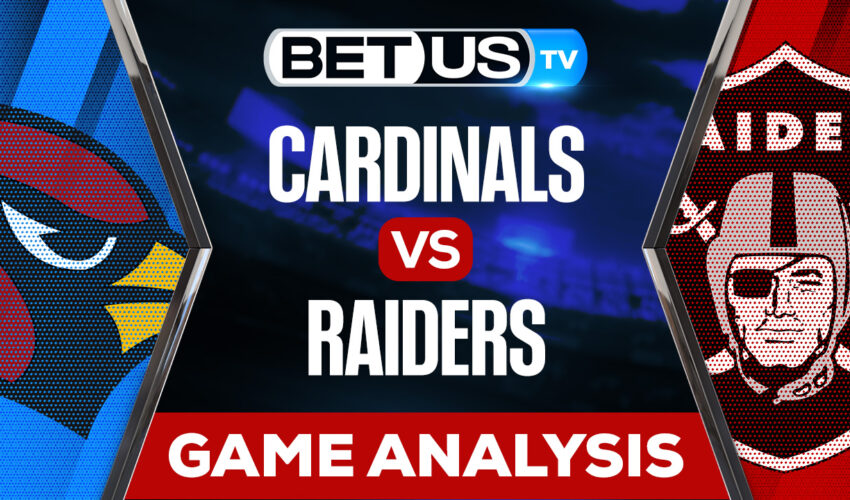 On Sunday, the Arizona Cardinals host the Las Vegas Raiders in an inter-conference showdown for the better offensive clashes of NFL Week 2. Kyler Murray and the Cardinals got run over by the high-flying Chiefs 44-21 in Week 1, while Derek Carr and the Raiders fell to the Chargers 24-19.

Both squads will look to build off strong debut performances from their stud offseason additions at receiver, Marquise Brown for the Cards and Davante Adams for Vegas. Though with or without Hollywood Brown, losing Hopkins for six-games due to a performance-enhancing drug suspension was a brutal blow for Kliff Kingsbury’s squad.

The former All-Pro stretches the field and makes plays most wideouts could only dream of pulling off. Especially facing off against Davante Adams, who is arguably the best receiver in the world, it will be difficult to knock off the Raiders without ‘Nuk.

Adams wasted little time dominating for the Raiders, hauling in a staggering 10 catches for 141 yards and a touchdown. Meanwhile, Brown had four grabs for 43 yards and a TD in his Cards debut.

In DeAndre Hopkins’ absence (six-game suspension), Arizona enjoyed a surprise breakout game from Greg Dortch, who notched seven receptions for 63 yards. Overall, both offenses struggled to put more than a few scores on the board, and neither defense fared well on third downs or in the red zone.

These organizations have only faced each other 10 times, with the Raiders leading the series 6-4. The Cardinals have won two of the past three meetings, but the Raiders won 23-21 when they last met in November 2018.

Five of the past eight meetings between these franchises have been decided by three or fewer points. Most importantly, 1-4, That’s Arizona’s record in the past five games without Hopkins in the lineup, dating back to November of last season. The Cardinals went 8-2 when Hopkins suited up in 2021.

Let’s check the latest NFL picks, news, stats and NFL expert picks for Cardinals vs Raiders. We’ve plenty of NFL predictions for you to consider.

The implied probability for these two teams attached to the betting lines have Raiders at a 70.15% chance of winning the game, meanwhile, Cardinals have 33.90% probability of finishing the game with the W.