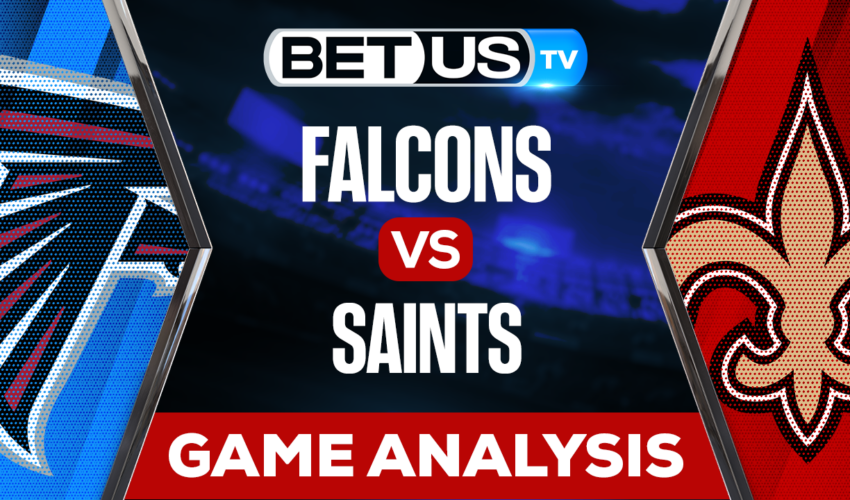 The Atlanta Falcons and the New Orleans Saints face off against each other on Sunday at the Mercedes-Benz Superdome. Atlanta is heading into this one holding a 5-8 record this year and is coming off a bye. The Falcons recorded a loss to Pittsburgh in their last game. Meanwhile, New Orleans had an open week as well following a defeat to the Buccaneers.

The Falcons went 3-4 through their first seven games of the season, picking up defeats against the Saints, Rams, Buccaneers and Bengals. Things haven’t gotten much better as of recently, as it’s been a 2-4 run for Atlanta, featuring defeats against the Chargers, Panthers, Commanders and Steelers.

On December 4, Atlanta was trailing 16-6 by the break against the Steelers. Then the Falcons started to get closer in the second half but ended up losing 19-16. Quarterback Marcus Mariota threw for 167 yards with a single TD and 1 pick. Drake London managed to catch six balls for 95 yards.

Now looking at the Saints side, they struggled early during the season, hitting a 2-5 through their first seven games. The defeats in that stretch were against the Buccaneers, Panthers, Vikings, Bengals and Cardinals. Just like the Falcons, New Orleans is still struggling, going 2-4 in the six games since then.

There is definitely a good case to be made for either team. That said, the Saints have had an extra week to think about what happened in their tough defeat to the Buccaneers. New Orleans posted a total of 298 yards (232 passing) with not a single turnovers in the loss, though they also had just 14 first downs.

Meanwhile, the Atlanta Falcons went just 3-of-10 on third downs in their defeat against the Steelers. They posted 18 first downs during the match. Atlanta may show some issues against the New Orleans defense as the Saints have given less than 20 points four games in a row.

Let’s check the latest NFL picks, news, stats and NFL expert picks for Falcons vs Saints. We’ve plenty of NFL predictions for you to consider.

The implied probability for these two teams attached to the betting lines have Bills at a 76.47% chance of winning the game, meanwhile Dolphins have 27.40% probability of finishing the game with the W.