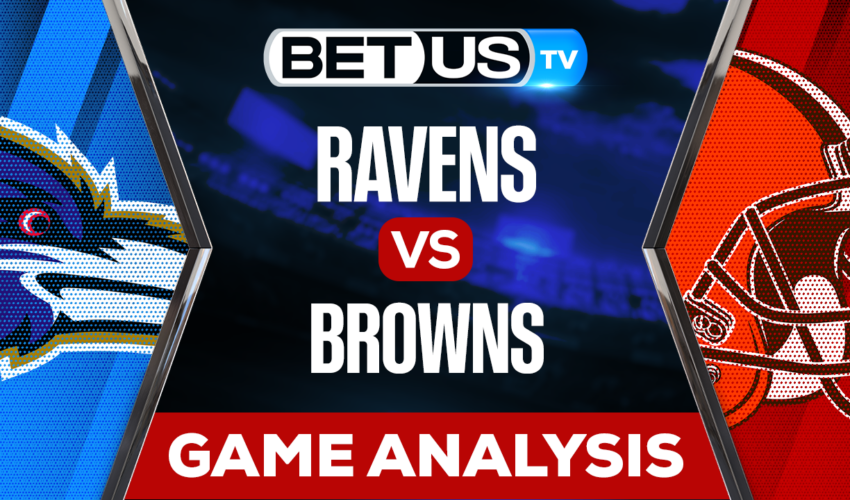 The Baltimore Ravens are set to battle against the Cleveland Browns in a tough head to head matchup in Week 15 of the NFL.

Week 15 action will be the first time the Baltimore Ravens will face Deshaun Watson in this current season as Deshaun Watson has recently ended his 12 game suspension from professional play. However, Watson has been out of his mojo most likely due to rustiness with underwhelming performances in his latest bouts, but the Cleveland Browns should still have enough in the tank on both offense and defense to close this match in their favor.

Baltimore’s highest ranked defense will need to come up clutch this time around, especially since there’s quite a lot of doubts over who will start going into this division rivals Saturday’s match.

As of the moment the Baltimore Ravens are definitely the underdogs mainly due to the quarterback position. With both Lamar Jackson and Tyler Huntley most likely on the sidelines for this bout, undrafted rookie Anthony Brown might make his NFL debut against Cleveland.

If this game’s main focus ends up being a head to head between Anthony Brown and Deshaun Watson, it is a definite 50/50 situation due to the rough performances from the latter.

Cleveland technically has the upper hand through the air, as Baltimore’s stable defensive approach and linebackers should be able to suppress Nick Chubb and the Browns’ overall rushing plays, but Watson has options to play the ball to in Amari Cooper and Donovan Peoples-Jones.

The Ravens should have the advantage through the run with some recent promising showings from the rushing attack in J.K. Dobbins and Gus Edwards, however they will need to adapt and avoid becoming a one dimensional setup.

Tough matchup to put your ideas through, however we believe if the Browns get an early lead they will be able to sustain a win in a low scoring game.

Let’s check the latest NFL picks, news, stats and NFL expert picks for Ravens vs Browns. We’ve plenty of NFL predictions for you to consider.

The implied probability for these two teams attached to the betting lines have Ravens at a 44.44% chance of winning the game, meanwhile Browns have 59.18% probability of finishing the game with the W.