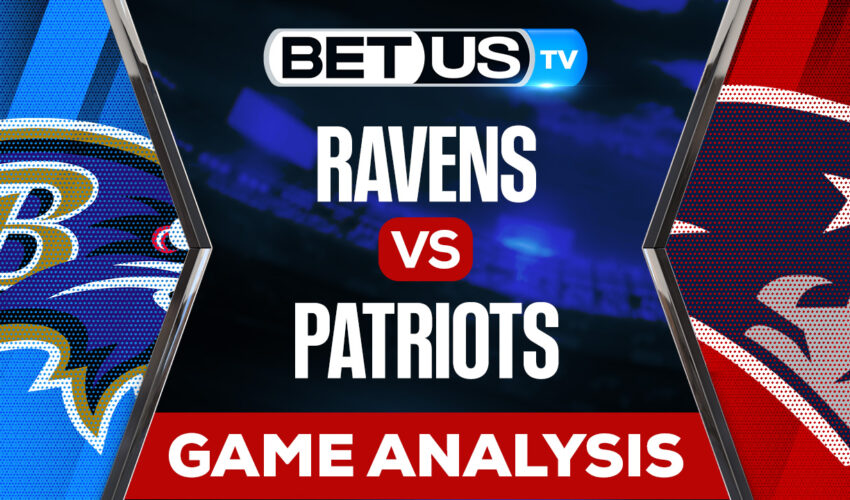 The Baltimore Ravens and the New England Patriots meet Sunday in NFL action at Gillette Stadium. The Ravens are 1-1 so far this year and coming off a high-scoring loss to the Dolphins. As for the Pats, they’re 1-1 as well and took a tight win over the Steelers in their last game.

Baltimore had a sensible opener matchup against the Jets and did well. The Ravens were up 24-3 by the end of the third quarter and pulled off the 24-9 win. QB Lamar Jackson finished with 213 yards, three scores and a pick, and Rashod Bateman caught two balls for 59 yards and a score.

In game two versus the Dolphins, the Ravens were up 35-14 after three quarters. Baltimore folded in the fourth however, giving up 28 more points in a 42-38 loss. Jackson had 318 yards with three touchdowns, and also led the rush on 119 yards and another score.

Over on the Patriots’ side, they didn’t look great in their opener versus the Dolphins. New England was down 17-0 by halftime and limped to a 20-7 defeat. QB Mac Jones threw for 213 yards, one TD and one pick, and Damien Harris rushed nine times for 48 yards.

Game two against the Steelers went better for the Patriots, but it was a close one. New England held a 17-6 lead going into the final quarter and held on for the 17-14 win. Jones threw for 252 yards, one TD and one pick on 21-of-35 passing in the victory.

This should be a pretty fun matchup overall. Baltimore was doing great until the fourth quarter in week two versus the Dolphins, but the collapse was real. The Ravens ended up surrendering 547 yards, 7.9 yards per play and 27 first downs to a so-so Miami offense. There’s plenty to work on, but there is a big chance that Baltimore manages to bounce back.

Let’s check the latest NFL picks, news, stats and NFL expert picks for Ravens vs Patriots. We’ve plenty of NFL predictions for you to consider.

The implied probability for these two teams attached to the betting lines have Patriots at a 43.48% chance of winning the game, meanwhile, Ravens have 60% probability of finishing the game with the W.