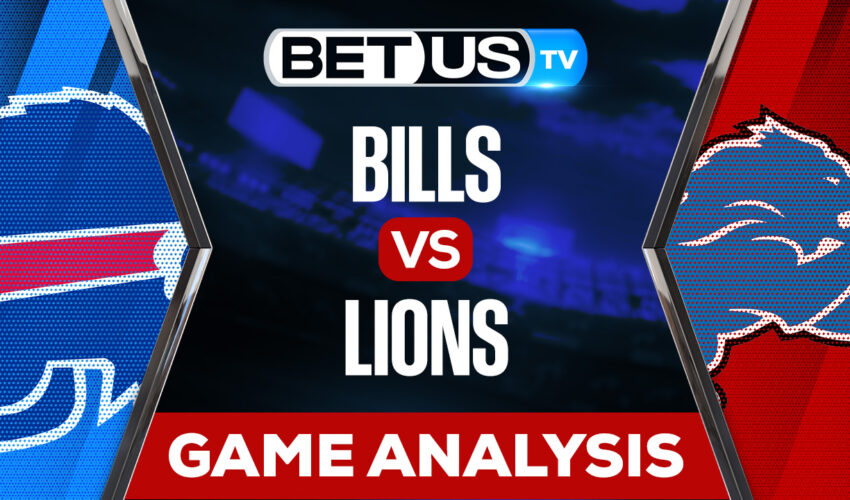 Another year that on Thanksgiving Thursday we have an excellent NFL game.

For this occasion we have a duel between the Detroit Lions team, who remembered how to win against the always complicated team from Buffalo, who does not want surprises and wants to start securing their place in the Playoffs.

The home team, the Detroit Lions, remembered what it was like to win a game. The last time they were defeated was on October 30, when they fell by a score of 31-27 against the Miami Dolphins, after this the team led by Jared Goff has come on a string of victories, where to this day Accumulate 3 consecutive games without losing. It seems that with the passing of the games the offense has found its chemistry, but will it be too late to have achieved this? Its most emblematic players, such as Jared Goff, team leader at Passing Yards, Jamaal Williams, leader at Rushing Yards and Amon-ra St Brown, receiver leader, have led the Detroit team to its best moment this season and they want to continue doing it in the same way. The Lions are located in the second position in the north of the national conference, with a negative record of 4-6.

While the Buffalo team won again after a slump of 2 consecutive losses, in which the team found itself with many shortcomings in its defensive zone. They come to this game after having won their last game against the Cleveland Browns by a score of 31-23, which fills the team with motivation for this game, however, not everything is happiness for the Bills, since for this game They lose Tremaine Edmund and Kaiir Elam, in addition to the fact that Josh Allen has presented discomfort, however he has not entered the disabled list. The Buffalo team has a winning record of 7-3 and one of its strong points has been playing as a visitor, where they have won 3 of their 5 games played, which is an important point to take into account, they are located in the second position of the east of the american conference.

According to ESPN Analytics data, the Bills are favorites to win the game with an 81.4% probability, against only 18.4% for Detroit, however, the home team will not give up and they want to continue maintaining the good moment for which they are passing.

Let’s check the latest NFL picks, news, stats and NFL expert picks for Bills vs Lions. We’ve plenty of NFL predictions for you to consider.

The implied probability for these two teams attached to the betting lines have Bills at a 81.82% chance of winning the game, meanwhile Lions have 22.73% probability of finishing the game with the W.