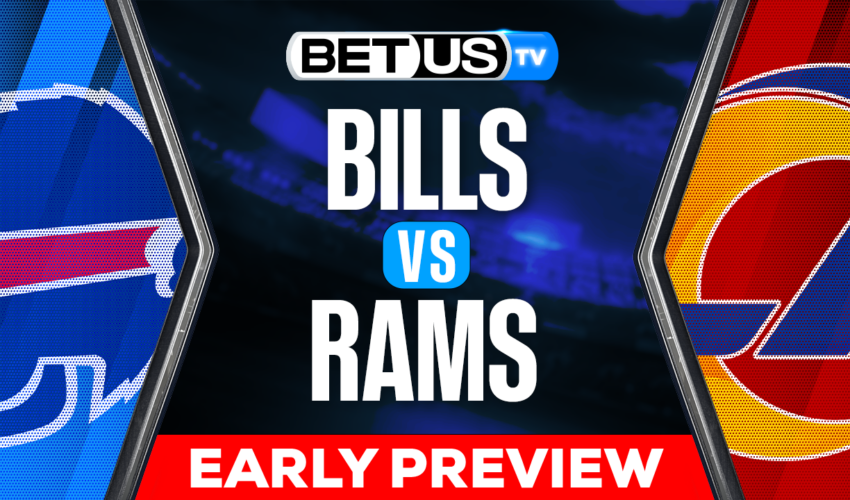 What a way for the 2022 NFL season to kick off right? In the first game of the season, the Buffalo Bills, favorites in the AFC, will travel west to square off against none other than the defending Super Bowl Champions Los Angeles Rams in what could easily be taken as a preview of what fans could expect to see in Super Bowl LVII. In a plethora of matchups such as Josh Allen vs. Matthew Stafford, Stefon Diggs vs. Jalen Ramsay, Cooper Kupp vs. Tre’Davious White, the Bills offensive line vs. Aaron Donald, is there any way this game could get any better?

This Buffalo Bills team feels like the sum of many years of hardship, trials and errors and anything in between for a franchise looking to break through in the AFC and show the world that they can ride with the big boys, and beat them up from left, right, up and down. Led by Josh Allen at QB, who is poised to be one of the most important players in the NFL this season and with a roster that is stacked from anywhere you see it, the Bills wish nothing more than to hit the ground running this season and show the league what’s up from the very beginning. How can they do that? Of course, by scoring what could end up being one of the most important victories in the season, even from so early on.

Now, on paper that sounds simple enough, but when we look at who the Bills are going to have to face up front, simple is a word that gets thrown out as easily and fast as a Costco table being run through by a Bills Mafia fan. But, when you have an offense led by Allen, with Stefon Diggs as your No.1 passing target alongside Gabe Davis, Jamison Crowder, Dawson Knox, O.J. Howard and rookies James Cook and Khalil Shakir the panorama for the Bills doesn’t look half bad.

Add to that a defensive line that is a machine when it comes to stopping offenses with guys like Ed Oliver, Micah Hyde, Matt Milano, Gregory Rosseau, A.J. Epenesa, Jordan Phillips and oh yeah, Von Miller who joined the Bills after winning the Super Bowl with the Rams last season, then you seriously cannot see how this Bills team is not the favorite in the AFC to win it all, but is it enough to beat the Rams?

If the LA Rams were looking to prove to everyone around that their SB win was no fluke, then beating the Bills will definitely do it. There is no team as equally matched to LA as Buffalo which is why scoring a Week 1 win at home against Allen and the Bills is of the utmost importance. With an offense led by Matthew Stafford and most importantly, a defense led by Aaron Donald and Jalen Ramsay it’s hard not to give LA the edge here, even if it may be as slim as a hair.

At the end of the day though, we’re talking about the defending Super Bowl champions and champion’s prerogative is definitely a thing, so even if the edge is slim as ever, the Rams should win this game and start off 1-0 for the season.